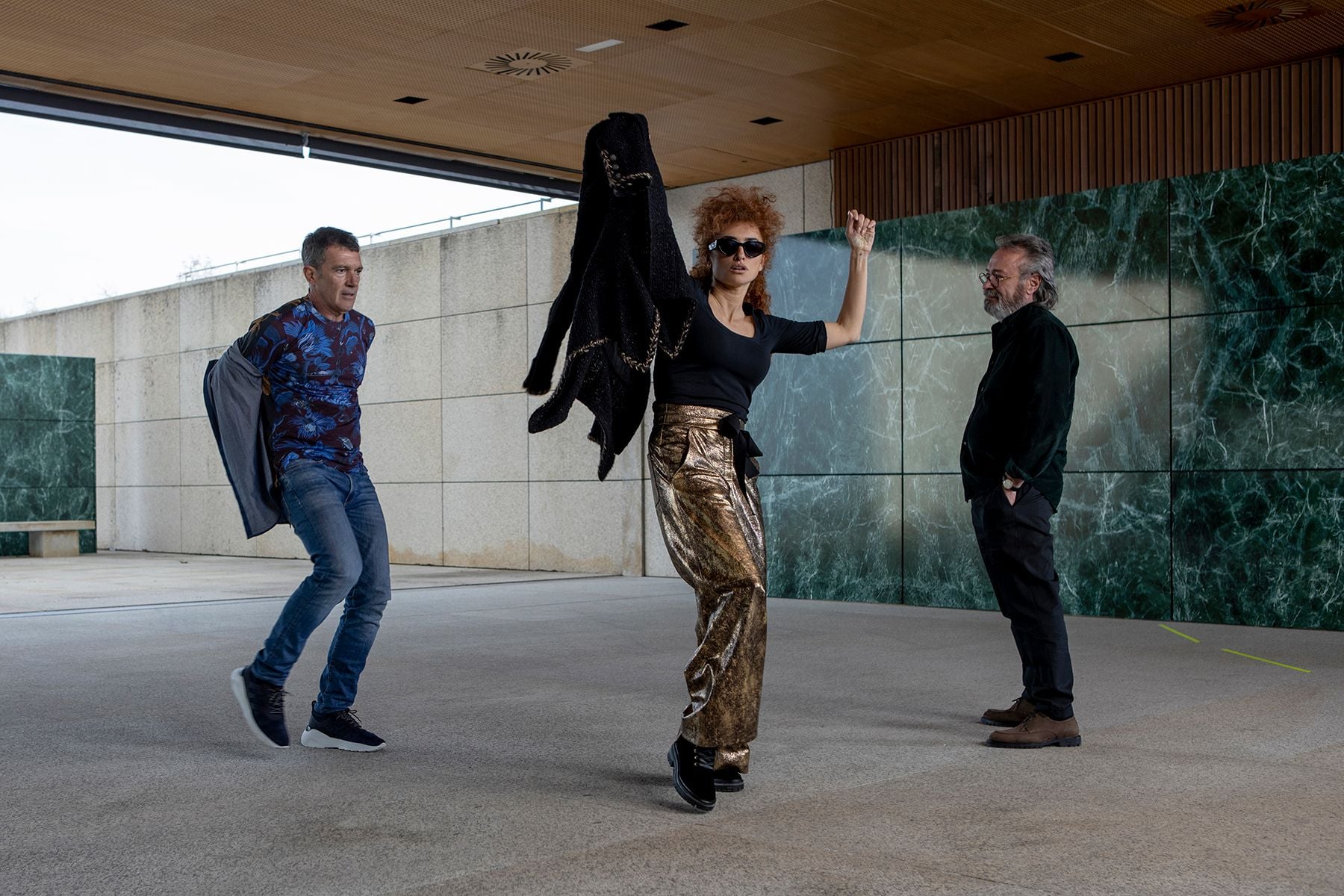 Shooting of the comedy “Competencia oficial”, a new film with Penelope Cruz, Antonio Banderas and Oscar Martinez in the lead roles, were interrupted for six months due to the pandemic, but nevertheless ended successfully in October 2020. It will soon be released in Spanish cinemas and around the world. This is a long-awaited project by Argentinean directors and screenwriters Mariano Cohn and Gaston Duprat, who became famous for their film “Freeman”, which won the Goya Award for Best Ibero-American Film in 2016 and was nominated for an Academy Award.

In the Comedy “ Official Competition ”Penelope Cruz portrays a famous eccentric director who drives a millionaire who wants to fund a film crazy. The actress has already directed two short films and one documentary.

Penelope Cruz and Antonio Banderas starred together in Pedro Almodovar’s drama Pain and Glory. However, in that film, their characters did not overlap in time, since they played a mother and son. This time they will overlap quite closely.

Buena Vista Internacional will be promoting the film “Official Competition” produced by Mediapro Studio. Although a premiere date has yet to be set, it is expected to be one of the most popular films of the year in Spain.

Parliament approved a new model of entry into the country

In France, restaurants are obliged to provide containers for the half-eaten

The number of infections drops, the restrictions are…

Finns living abroad are amazed at the cost of coronation…

The Planetarium of Madrid will broadcast a partial solar…

Madrid is waiting for an abnormally hot summer

From a journalist: the Finland-Russia…

Record number of calls to helpline in…

The French declared a fight to the…