Prime Minister Andrei Babis will meet with Czech President Milos Zeman at Lana Castle this evening. At the meeting with the head of state, the issue of who will head the Security Information Service (BIS) after the expiration of the term of office of its current director, Michal Koudelka, will also be discussed. The term of office of the intelligence chief, whom Zeman has long criticized, expires in mid-August. 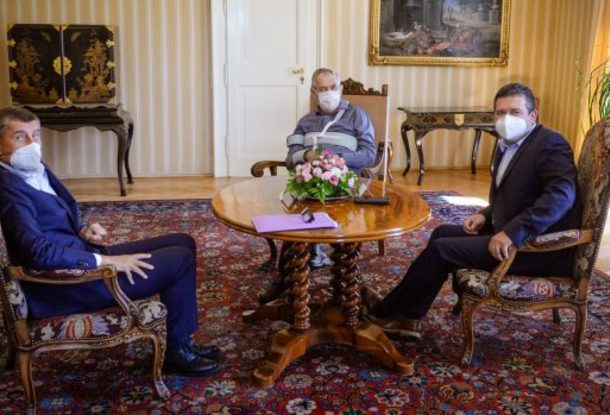 The Prime Minister has not yet commented on the possible termination of the functions of Koudelka as head of the BIS. In the past, Babiš said that the next government could make the final decision. According to representatives of the opposition coalition Spolu (parties ODS, KDU-ČSL, TOP 09), the parties Pirates and STAN Koudelka should continue to lead BIS. The movement Svoboda a přímá demokracie (SPD) is opposed. The president has long criticized Koudelka. In May, Zeman for the sixth time refused to comply with the government’s proposal and confer the rank of general on Koudelka.

According to the law on intelligence services, the director of the BIS is appointed by the government after discussion in the parliamentary security committee. In the performance of his duties, the head of counterintelligence is accountable to the government.

Last year, in an interview with Mladá fronta DNES, Zeman said that Koudelka should be removed from the BIS post. “But since his term expires in less than a year, I think it makes no sense,” the president said at the time.

The media speculate that Babis could exchange Koudelka’s retention in power for the president’s support ahead of the parliamentary elections.

In Sandarmokh, the NKVD shot about a thousand Finns – in Helsinki, the memory of the innocent murdered will be honored

UK predicted that COVID-19 vaccination would last “for years to come.”

Norwegian plans to increase flights to Spain in 2022

“I got the infection myself”: a farmer’s…

Minister: in the cultural sphere, the requirement for a…

In large cities, young people do not take a license, but a…

30 years from the date of the putsch: “Not only…

In the Netherlands, Mark Rutte advocates…

There are not enough workers in the…

Online consultation with a Russian…