Best of Business Angola: Take a look back at this year’s growth-geared firms

Angola benefits from its vast energy and water resources, plus optimal weather for multiple harvests. It’s a natural dividend that has led to many companies surging ahead in traditional and renewable energies, innovative agriculture, and a new kind of tourism for Angola’s millions-strong diaspora.

Angola has been a global energy player for a long time, with oil and gas making up the lion’s share of its exports. Pro-business policies have helped attract new investment from giants like TotalEnergies and ExxonMobil.

Olivier Jouny is the Director General of TotalEnergies Angola. He notes how this subsidiary is “one of our largest… [with] six installations, six oil platforms, six large vessels that produce in water depths of between 1,500 and 2,000 metres.”

It’s hoped that Angola will keep on track to become the largest oil producer in Southern Africa, as the International Energy Agency predicts.

But Angola is also looking to the future, keen to exploit its other natural resources to usher in a green transition in the country’s energy mix.

Somoil is the largest private energy company in Angola and wants to play a part in this.

“Somoil’s vision is to become the premier integrated energy company, not only in Angola but in Africa. Renewables will play a big, big role for us,” says the company’s CEO, Edson dos Santos.

“One is solar, solar exposure. Angola has one of the best in Africa. And the second one is hydroelectric power. There are plenty of rivers in Angola.”

Those rivers also help drive Angola’s agriculture and tourism. In the rich agricultural province of Namibe, the winery Vale do Bero produces about 80,000 bottles a year.

Their success comes from plentiful water and the ability to have two harvests a year due to a conducive climate. It’s a “very big advantage”, according to the company’s CEO, Paulo Murias. 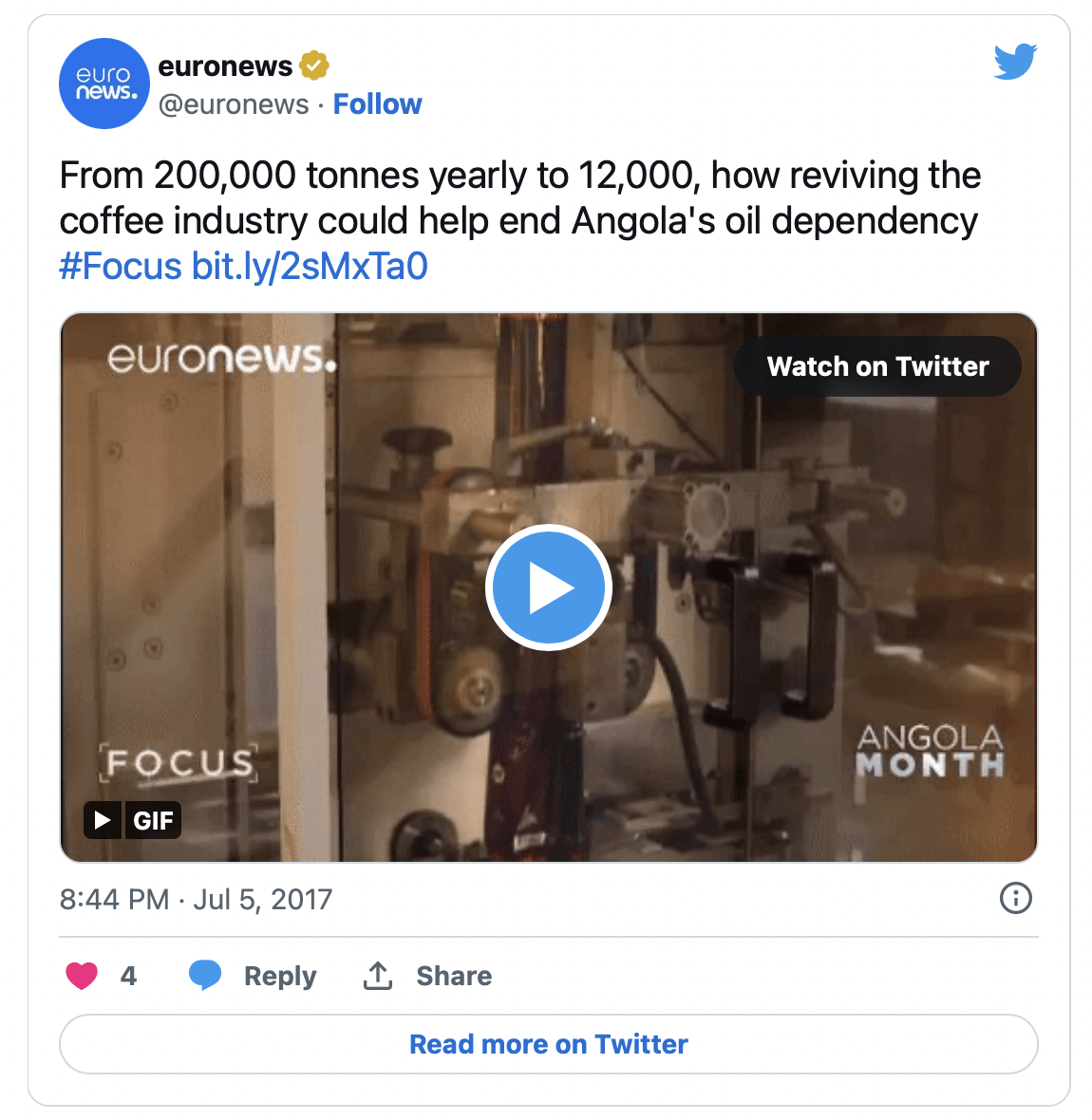 Once a global coffee producer, Angola is now making a comeback. In Kwanza Sul Province, the Vissolela Farm is expanding, keen to regain Angola’s former position in the world’s coffee trade.

“The Vissolela project covers 1,000 hectares, all focused on specialty coffee. So there will be 100 hectares of each Arabica coffee variety, and 80% of that coffee will be exported,” the farm’s general manager, Guilherme Diniz, says.

Angola is also reaching out internationally to develop ‘diaspora tourism’. It’s aimed at the descendants of Angolans who Portuguese colonisers sold as slaves.

The centrepiece of this new drive is the Kwanza River Corridor. It’s a route starting around the spectacular Calandula Falls in eastern Angola, stretching eventually to the Atlantic coast. But it has a dark past.

“Listening to those waves break in the quiet period of the day remind me of the voices that travelled down the river. The screaming, the unbelief, the enslavement,” recants Vincent Tucker, president of the William Tucker 1624 Society. 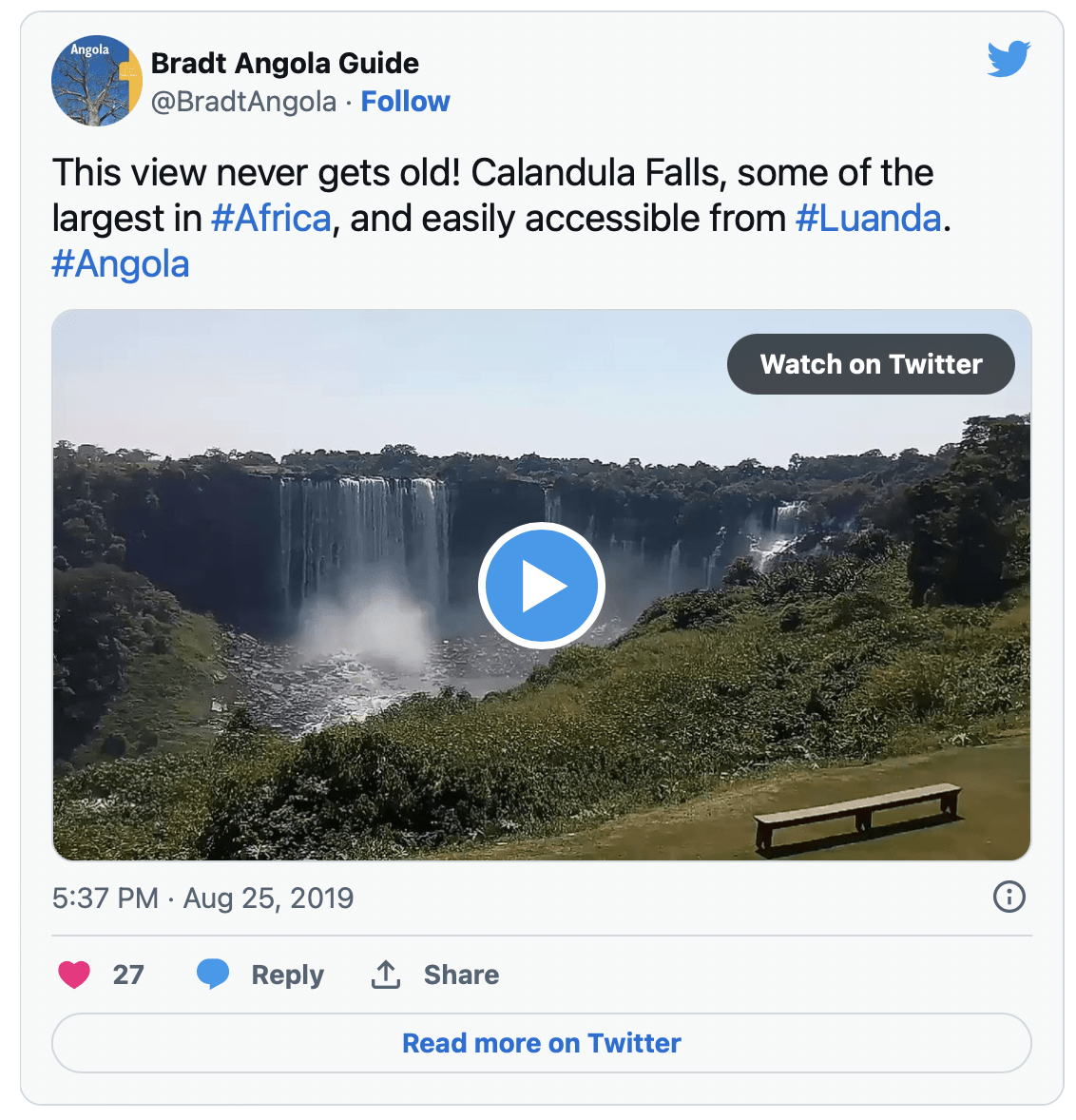 The Tucker family from Virginia aims to develop diaspora tourism. Their ancestors Antoney and Isabel were among the estimated 6 million Angolans who were enslaved.

American jazz drummer Gregory Hutchinson has made several trips to the country for concerts and remembrance. He was moved by the experience.

“For me, it’s been awesome to come here and to be enlightened. It wakes you up and makes you see that there’s so much more to learn. And so, this is the beginning of a journey for me.”

As 2023 approaches, leaders in Angola of the country’s growth outlook have a unique combination of history, natural beauty and economic potential in energy, agriculture, tourism and more.

Geometry and color: bright graffiti from Okuda appeared in…

The Consular Section of the Russian Embassy in Helsinki…

Students often do not have time to relax in the summer, as…

Head of the Ministry of Health of the Czech Republic:…

Finns began to drink less during the…