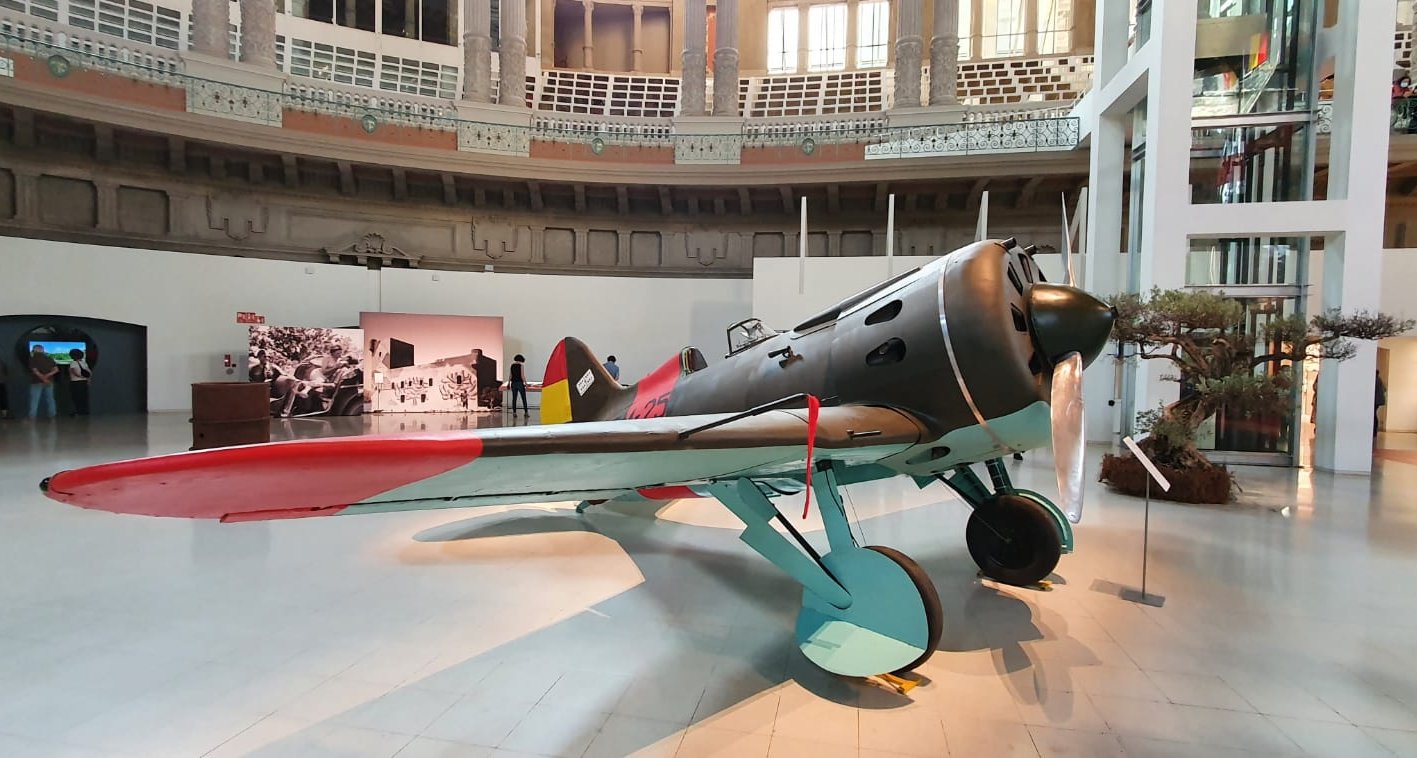 On June 17, 2021, the exhibition of the famous Spanish performance artist Francesc Torres “Aeronáutica (Vuelo) Interior” was opened at the National Museum of Art of Catalonia. It shows exact copies of Soviet military aircraft during the Spanish Civil War (1936-1939): Tupolev SB-2 Katyushka bomber and Polikarpov I-16 Mosca fighter, whose name comes from the word Moscú (Moscow on Spanish), this is how the containers with the fighter components were marked.

The event was attended by the Ambassador of Russia to Spain Yuri Korchagin, Consul General of Russia in Barcelona Alexander Pankov, Director of the Department for European and Mediterranean Affairs of the Government of the Autonomous Community of Catalonia Montserrat Vilalta, Chairman of the Association of Republican Pilots Aquilino Mata, Spanish cultural figures and art.

In his welcoming speech, the ambassador thanked the artist for the work done and spoke about the heroic participation of Soviet volunteers in the Spanish Civil War. He also stressed that it was on Spanish soil that the first battle against fascism took place, which ended in its complete defeat on May 9, 1945. Yuri Korchagin noted that the event is of particular importance in the year of the 80th anniversary of the beginning of the Great Patriotic War.

New model of entry into the country: those who have completed the full course of vaccinations or who have had covid disease will be able to freely cross the border

Airbnb offers a year-long travel the world with free hosting

In Rome, police pay the fine they imposed on a priest

Helsinki to provide second dose of vaccine on an…