Czech Foreign Ministry: EU support is important for us in the Vrbetice case, not the expulsion of diplomats

The inclusion of the Czech Republic in the Russian list of unfriendly countries is Moscow’s business card, not Prague, Czech Foreign Minister Jakub Kulganek said in an interview with the German daily Süddeutsche Zeitung. He said that for the Czech Republic in the Vrbetice case, it is not the collective expulsion of Russian diplomats that is important, but the support of the European Union, which the republic can count on. 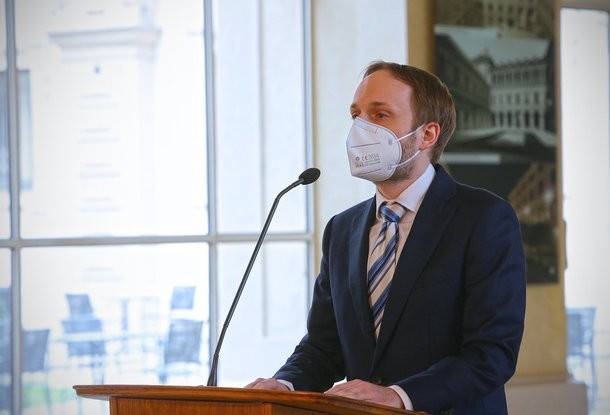 The list will only exacerbate the conflict and ultimately harm, mainly, Russia, the head of the Czech Foreign Ministry said. “After Russia included us on this list, we received support from our allies. It is very important for me that the EU is on our side. And so it happened, “he said.

Kulanek also disagrees with the opinion that the Czech Republic was left alone due to the fact that many EU countries at the summit expressed solidarity with the republic, but did not expel Russian diplomats. “Russian ambassadors have been summoned to many European countries. Some countries have even begun to expel Russian diplomats. However, there is no goal of competing in the deportation of diplomats, “he said.

Kulganek met with his German counterpart Heik Maas on May 25. Germany did not expel diplomats because of the Czech-Russian conflict. The German Foreign Ministry notes that collective expulsions of embassy staff need to be coordinated, but the Czech Republic did not do this. Maas stressed that Germany decided to help the Czech Republic primarily at the diplomatic level, including in ensuring the work of the Czech Embassy in Moscow.

In Berlin, they also talk about the importance of the country’s unified position in such a delicate matter. While the Czech government claims that Russian intelligence agents were involved in the explosions of ammunition depots, President Milos Zeman also cited another version of the investigation that questions Moscow’s role in the Vrbetica tragedy. “No, there is only one version,” Kulganek told the German press. In a confidential meeting with NATO ambassadors, the minister briefed the Allies on the results of the investigation. “None of the countries doubts the veracity of the information provided by the Czech government,” he said.

Similarly, Kulganek rejects suggestions that the Czech Republic wanted to “exchange” the Vrbetice case for a supply of the Russian Sputnik V vaccine . “It is not true. If you want to do business, you need to offer something. But that was not the case here, ”he said.

When asked about sanctions against Russia, Kulganek advocates a pragmatic approach. “We have to talk with Russia about economic issues or disarmament. However, Russia itself is following the path of conflict. It is trying to split its allies in the EU and NATO, ”he said, adding that Moscow acted according to the motto“ divide and rule ”. Therefore, according to the Foreign Minister, the completed German-Russian gas pipeline Nord Stream 2 should not become a powerful instrument of Russian politics. “I confess that I am not very happy with the Nord Stream 2 project,” Kulganek added.

Madrid Taxi passengers can now again be seated in the front…

A 1,200-year-old temple dedicated to Thor and Odin…

June in the province of Seville: fields of sunflowers that…

"The Czech Republic must solve this…

How in different countries of the world…