The current head of the Ministry of Health, Pyotr Arenberger, who has problems with disclosing official income, is leaving his post. This was announced on May 25 by Prime Minister Andrei Babish. The post of Minister of Health will again be taken by Adam Vojtech, who headed the department from December 2017 to September 2020. 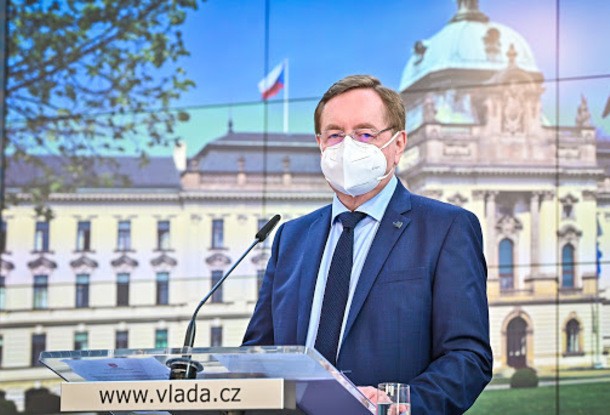 “I can already say that there will be no fifth minister, there will be a fourth – it will be Adam Vojtech. In September, after a difficult situation with the coronavirus epidemic, he decided to leave. I was sorry, I think he was a very good minister. We have now agreed that he will take office and remain in the post of minister until the end of the work of the government in the current composition, “said the Prime Minister.

He added that he has yet to discuss this decision with Czech President Milos Zeman … Babis has not yet managed to do this, but he believes that there will be no problems.

Adam Vojtech was Minister of Health during the first wave of the coronavirus epidemic, which the Czech Republic as a whole coped with. When he left the ministry in September 2020, it was clear that the country was facing a new wave that had much worse consequences. Vojtech was replaced as Minister of Health by epidemiologist Roman Primula, then Jan Blatny was appointed to this position. At the beginning of April 2021, the Ministry of Health was headed by the head of the Prague hospital “Royal Vinohrady” Peter Arenberger.

At the beginning of May, the Czech media reported that the head of the Czech Ministry of Health concealed millions earned from clinical trials. Then Peter Arenberger admitted that his income and property belonging to him are several times higher than he indicated in tax returns for previous years, and published a new declaration of property and income. Later, journalists found out that the archive of the Prague hospital “Royal Vinohrady” is located in a building owned by the Minister of Health of the Czech Republic, Petr Arenberger. The minister leased the building to the hospital in 2013 and earned about six million kroons.

A week later, the Prague 1 administration decided to check whether the Czech Minister of Health, Piotr Arenberger, had violated the contract for the sale of an apartment in the center of the Czech capital. The administration said that if the violation is confirmed, the minister may be left without an apartment.

Arenberger’s most valuable assets are in Prague. In addition to the aforementioned apartment in the city center, he has a villa and an apartment building in Kobylisy and another apartment in Zizkov. Arenberger and his wife Monica also own a cottage in Roudne near Tabor and other real estate.

By May 21, Arenberger was to provide Babis with ownership of the property. “I don’t know who is advising him, who is his tax advisor, but he should fire this person,” Babiš said last week. When asked if he was going to remove Arenberger from the post of minister, Babis said: “If everything is in order for him, there is no reason to fire him. I said that I would take the documents, examine them and then make a decision, there are a lot of papers, ”he said.

Watch the new issue “Weekly summary” on our YouTube

From a journalist: the Finland-Russia match is the smallest event in the history of both countries

What do CGN and Odebrecht have in common? – Juan…

How in different countries of the world they are solving…

Experts consider it reasonable to develop a domestic…

A new comedy with Antonio Banderas and…

After France, Spain reports string of…