The Prague administration will check whether the Czech Minister of Health, Petr Arenberger, has violated the contract for the sale of an apartment in the center of the Czech capital. If the violation is confirmed, the minister may be left without an apartment. 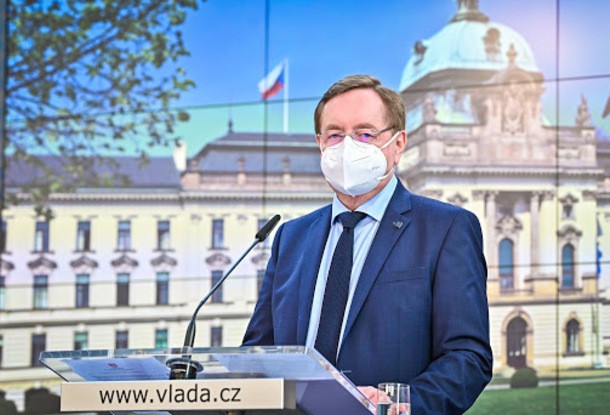 Health Minister Petr Arenberger is likely to face additional difficulties related to his property. More than two years ago, he bought 1 apartment in Prague with an area of about 250 square meters for 11.6 million kroons. The apartment sale and purchase agreement bears the signature of the former head of the district administration, Pavel Chizinsky, who is now a member of the opposition Praha 1 Sobě party. According to Chyzhinsky, Arenberger confirmed in writing that he would use two rooms in the apartment for his private practice and live in the remaining five rooms. However, according to Seznam Zprávy, the minister most likely lives in his villa in Prague's Kobylisy district.

The apartment, which Arenberger bought from the Prague 1 administration, now houses his office, where doctors provide medical services to clients with skin problems, as well as cosmetic and massage services. However, the head of the Ministry of Health claims that he still uses the apartment for housing. “I still live in an apartment,” he said in response to a question from Seznam Zprávy.

Pavel Chyzhinsky believes that the case needs to be reconsidered.

The current leadership of the Prague 1 administration announced that it would check all the clauses of the agreement. “We will analyze the contract and find out what possibilities are available,” said the member of the Prague 1 council Jan Votoček (TOP 09), who is in charge of privatization.

At the same time, in June 2018, the question of whether Arenberger lives in this apartment was already being decided. It was said that medical services were provided in the rooms intended for housing. "A subsequent inspection carried out by representatives of the Prague 1 administration, who also made photographic documentation of the apartment, refuted this incorrect assumption," Arenberger wrote in a letter.

Earlier, the media reported that the head of the Czech Ministry of Health hid millions earned from clinical trials. Then Peter Arenberger admitted that his income and property belonging to him are several times higher than he indicated in tax returns for previous years, and published a new declaration of property and income.

Last week, journalists found out that the archive of the Prague hospital "Royal Vinohrady" is located in a building owned by the Minister of Health of the Czech Republic, Petr Arenberger. The minister leased the building to the hospital in 2013 and earned about six million kroons.

Arenberger's most valuable assets are in Prague. In addition to the aforementioned apartment in the city center, he has a villa and an apartment building in Kobylisy and another apartment in Zizkov. Arenberger and his wife Monica also own a cottage in Roudne near Tabor and other real estate.

Employers see literacy as an important skill for employees

Rahr: We can expect pragmatism from Laschet in relations…

The son of one of the victims in Vrbetica accused Czech…

Is this the reason for the worsening of the epidemiological…

In Rome, police pay the fine they…

Johnson named the conditions for the…

The emergency service is increasingly…