TOP 09 member of the Czech parliament, Dominik Feri, also known as @choco_afro on Instagram, will not run in the fall elections to the Chamber of Deputies due to allegations of sexual assault. He intends to sue the authors of “false articles” in the media. The head of Marketa’s TOP 09 party, Pekarova Adamova, welcomed Feri’s decision to resign her parliamentary mandate. 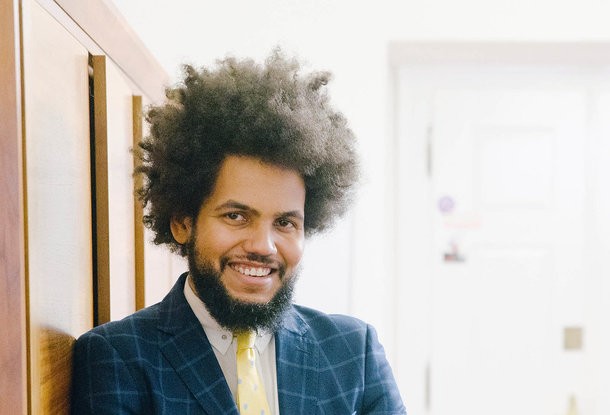 The facts of sexual harassment were reported by Deník N and A2larm. They are based on the testimony of several women, who were allegedly molested by the deputy. These cases occurred between 2015 and 2020. Feri denies the sexual assault allegations, but he apologized for the misconduct. The case is currently being investigated by the police.

“I consider Dominic my friend and believe that he will clear his name. There is a presumption of guilt against politicians, and I personally have always called for this. Therefore, I would like to thank him for his decision to give up his parliamentary mandate and not run for parliament in the upcoming elections, “Pekarova Adamova said on Twitter.

Feri planned to participate in the October parliamentary elections as one of four Prague candidates from Coalition Spolu (ODS, TOP 09 and KDU-ČSL)

“Anyone can make a mistake. I am glad that Dominic Feri has apologized for possible inappropriate behavior towards women. I was not there, so it’s hard for me to judge what is true and what is not. Only the people who were there know this. They have to deal with this with the police, “said MEP Tomasz Zdechowski.

While TOP 09 or KDU-ČSL politicians generally welcomed that Feri took on“ political responsibility, ”the opposition is more harsh .

“I don’t know if Dominic Feri broke the law and raped someone. But even from his reaction, it is clear that he repeatedly treated women rather disgustingly. I have a little daughter, and I hope that when she grows up she doesn’t meet anyone like him at the party. And he won’t even see him on TV as a politician, ”Foreign Minister Yakub Kulganek tweeted. This post was also supported by Prime Minister Andrei Babish.

“If this is true testimony about the behavior of Deputy Feri, then, unfortunately, this fits into the pattern of behavior of TOP 09. The real actions of this party are the complete opposite of the words”, – said the Minister of Labor Yana Malachova.

Communist deputy Jiri Doleis reacted to the statement of the head of TOP 09 about Feri: “The presumption of guilt is just reality.”

Feri said in a statement that he does not want “false and manipulative media articles” to harm his inner circle or colleagues. “I will defend my honor in court,” he wrote.

Czech Foreign Ministry: EU support is important for us in the Vrbetice case, not the expulsion of diplomats

From Bach to Hip Hop

Finns began to drink less during the coronavirus epidemic

Residents of Germany will be forced to change masks to…

The wave of bankruptcies in the…

The trees felled by hurricane Paula are…