Demonstrations took place in Ostrava against measures imposed by epidemiologists

Nearly two thousand people protested on July 20 at Masaryk Square in the center of Ostrava against the sudden introduction of coronavirus-related restrictions in the Moravian-Silesian Region. The protesters who disagreed with the actions of the Ministry of Health and the regional hygiene station in Ostrava demanded the resignation of Minister Adam Vojtech. 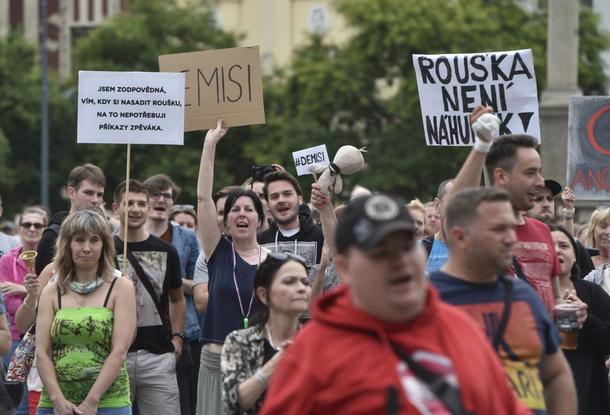 This was one of the largest demonstrations in Ostrava since 1989. Protesters expressed bewilderment that events with more than 100 people have been banned since July 17, while shopping malls are open and many more people visit. The protesters accused the government of the fact that in the mines in the Karvina region, where miners fell ill, coal mining was not stopped immediately after the detection of the coronavirus, and, for example, in the Bruntal region, restrictive measures are now being taken without justification.

“Ostrava continues to refuse to be a region of enslaved, silent and easily controlled citizens. We want competent communication with competent people, “the organizers of the action said.

Czech Minister of Health Adam Vojtech said earlier that he did not intend to resign. On July 19, he announced that the director of the Regional Hygiene Station in Ostrava, Pavel Svrčinova, should consider leaving this post.

“The emergency measures taken on Friday by the Regional Hygiene Station in Ostrava were the last straw that made us leave to the streets and publicly express their disagreement, ”the protest’s Facebook page says. According to the organizers of the action, the entire government should resign, because “it has demonstrated absolute incompetence in managing the state in crisis situations.”

Online consultation with a Russian doctor. Spain in Russian…

The most important congress in the field of…

Merkel will be replaced in the constituency by a young…

When life stopped: doctors did not notice cervical cancer…

A convenient trail to climb to…