Detention of Protasevich in Minsk to be discussed at the EU summit, the head of the Czech Foreign Ministry expressed a strong protest to the government of Belarus

Foreign Minister Jakub Kulganek summoned the Ambassador of Belarus to the Czech Foreign Ministry, he will express his strong protest against the forced landing of the Ryanair plane in Minsk on the instructions of President Alexander Lukashenko. The actions of the Belarusian government were also condemned by other politicians. The incident will be discussed at the EU summit on Monday 24 May. 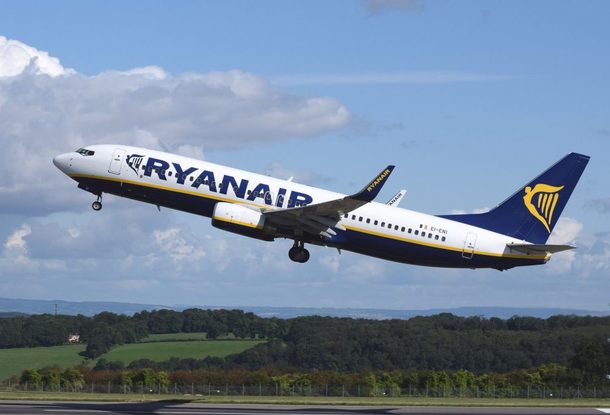 On Sunday, May 23, the Belarusian authorities forced a Ryanair plane to land in Minsk. He followed from Athens to Vilnius. The reason for the forced landing was journalist Roman Protasevich, an oppositionist and opponent of the Lukashenka regime, who was on board the plane. Ryanair reported that the Belarusian air traffic control service informed the crew of the plane about the threat on board, most likely a bomb, and ordered the plane to be sent to Minsk.

According to the Belarusian state media, a MiG-29 fighter belonging to the Air Force of Belarus took off to escort a civilian plane. There were 120 passengers in the aircraft cabin. Nothing unusual was found on board, but immediately after the plane landed in Minsk, 26-year-old Roman Protasevich was detained and, as TUT.BY reports, his girlfriend Sofia Sapega. Then the plane with other passengers continued the flight to Vilnius.

The President of Lithuania, where the plane was heading, strongly condemned the arrest of the Belarusian activist and demanded his release. Berlin asks Belarus for an immediate explanation of the incident. Czech Foreign Minister Jakub Kulganek also asks for the immediate release of Protasevich.

“We fear that the Belarusian regime has abused the law on international air transport to harass its opponents. We call for an investigation of this case and the immediate release of Roman Protasevich, ”said the head of the Czech Foreign Ministry, Jakub Kulganek, on Twitter.

Kulganek also said that he had summoned the Ambassador of Belarus to the Foreign Ministry to express him a strong protest in connection with the forced landing of the Ryanair plane in Minsk.

The US government also strongly condemned the forced landing. US Secretary of State Anthony Blinken called for the immediate release of journalist Roman Protasevich. According to Blinken, "the shocking act committed by the Lukashenka regime endangered the lives of more than 120 passengers, including US citizens." The head of American diplomacy also said that the United States insists on an early meeting of the Council of the International Civil Aviation Organization.

“We are calling for an international investigation and are coordinating next steps with our partners. The United States supports the people of Belarus, ”Blinken wrote on Twitter.

The burden of the whites

British authorities will pay for infected with COVID-19 and…

The name of the dancer Josephine Baker will be immortalized…

Czech Prime Minister Andrei Babis canceled all plans due to…

International photography competition in Barcelona with a…

A Belgian teacher who died from the Covid vaccine? His…

A giant garden will be created on the Champs Elysees in…

Voi will limit the speed of its electric…

Johnson named the conditions for the…