“Economic struggle”: Moscow appreciated the call of the former Foreign Minister of Denmark to turn Nord Stream 2 into a Pyrrhic victory of the Russian Federation

Behind the words of many European politicians about concerns about the alleged Russian threat to Europe’s energy security are the economic interests of American LNG companies. This was announced in the State Duma, commenting on the call of the former Foreign Minister of Denmark Uffe Ellemann-Jensen to turn the Nord Stream 2 AG project into a Pyrrhic victory for Moscow. Experts also noted that opposition to Nord Stream 2 by a number of states is tied solely to preserving the ability to dictate their own conditions on the gas market. 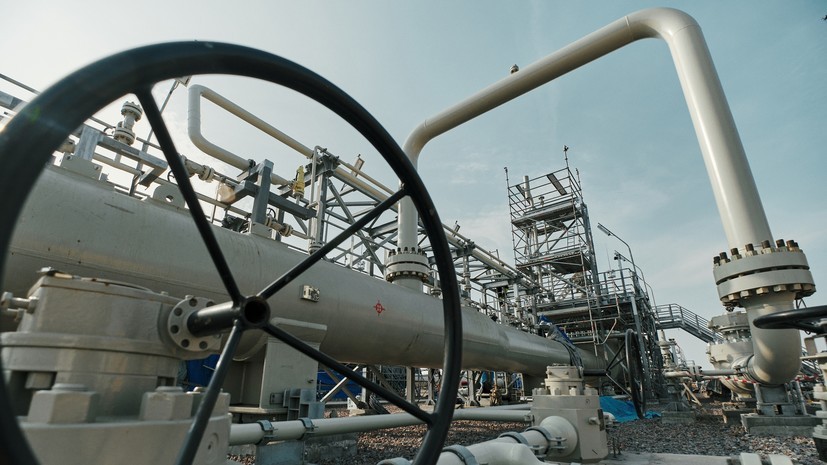 European politicians, even after the completion of the construction of Nord Stream 2, will continue to promote the interests of American companies – producers of liquefied gas, interested in increasing the supply of their raw materials to Europe. This was announced to RT by the Deputy Chairman of the State Duma Committee on International Affairs Alexei Chepa, commenting on the call of the former Foreign Minister of Denmark Uffe Ellemann-Jensen to turn the Nord Stream 2 AG project into a Pyrrhic victory for Moscow.

“This is absolutely understandable, despite the higher prices … Therefore, they will do everything possible to prevent cheaper and more competitive products from Russia to Europe, “the deputy said.

In his opinion, there are European companies that are interested in cooperation with the Americans.

“Therefore, there will still be a large number of different politicians, officials who support this line, because they receive money for lobbying these American programs. This is clear, obvious. We understand that it was and will be in the future. And they do it more and more, without hesitation. The economic struggle, “the politician added.

At the same time, he expressed confidence that most European countries are more interested in Nord Stream 2 than in purchasing American LNG.

” They will buy our gas, which is cheaper, the logistics are much more understandable. And the interest and participation of European companies in this project exists, “Chepa assured.

Earlier, former Danish Foreign Minister Uffe Ellemann-Jensen said that Western countries must do everything to find a way to transform the Nord Stream gas pipeline 2 “to the Pyrrhic victory of Moscow.

In his opinion, the project raises concerns about the energy security of Europe. In this regard, a number of actions must be taken.

“Europeans should be able to turn off the tap if they need to put pressure on Russia,” he wrote in his article for the Danish edition of Berlingske.

According to Ellemann -Jensen, it is necessary to complete the construction of a gas pipeline from Norway to Poland as soon as possible. We are talking about the Baltic Pipe project, which will allow the supply of energy raw materials from Norway to the Danish and Polish markets, as well as to neighboring countries. In addition, it is possible to transport natural gas directly from Poland to Denmark. to Russia on the gas market.

Nord Stream 2 is two gas pipeline strings with a length of over 1200 km each and a total capacity of 55 billion cubic meters. m per year. The pipes pass through the exclusive economic zones and territorial waters of Russia, Denmark, Finland, Sweden and Germany. According to the latest data, the construction of the offshore section of the first string of the gas pipeline is technically completed, and the second is almost completed. According to the project operator Nord Stream 2 AG, the pipeline is 99% built.

We should add that during construction, the United States of America has repeatedly imposed sanctions on the ships and companies involved in the implementation of Nord Stream 2. At the same time, in Moscow, Washington’s actions were called a manifestation of unfair competition.

On July 21, Germany and the United States announced a Nord Stream 2 deal. According to the agreement, Washington acknowledged that the sanctions would not stop the implementation of the project, and Berlin pledged to seek the extension of the transit of Russian gas through the territory of Ukraine after 2024, when the current transit agreement ends. sides of the European allies of the United States – Ukraine and Poland. According to the officials of these countries, the deal does not solve the issues of ensuring the energy security of Europe and does not provide Kiev with guarantees of maintaining gas transit after 2024.

At the same time, the head of Gazprom, Alexey Miller, emphasized that the Russian side is ready to continue transporting fuel through Ukraine after 2024, but this issue depends on the feasibility and technical condition of the Ukrainian GTS. According to him, Gazprom is even ready to increase transit volumes, but the issue of purchasing energy raw materials should be resolved on market conditions.

As political scientist Yuri Svetov noted, despite the bombastic phrases of the official about taking care of Europe’s energy security, the essence is reduced exclusively to the economic component.

“Has Russia ever objected to the construction of other gas pipelines? Over the years, over the past decades, many gas pipelines have been built. We never say anything against it. You can build – build. But we do as we see fit. We are building a gas pipeline in order to sell what we have in the country in excess, and so that other countries provide themselves with energy resources at a reasonable price for them and for us. And so that economic ties between European countries, first of all, are strengthened and developed. This is the position of Russia “, – said the interlocutor of RT.

According to him, most of those who oppose Nord Stream 2 are only interested in dictating conditions on the gas market themselves.

“This is the conversation of the former Danish minister that it is necessary to buy liquefied gas from the United States. It has been calculated many times: the losses from this, the prices are high. But for the sake of politics, let’s sacrifice the economy, – said Svetov. – The Nord Stream 2 gas pipeline is about to go into operation, so they are losing the topic on which they speculated for a long time. Now, when the gas pipeline goes into operation, you will either have to look for another object of groaning, another object with the help of which Russia will pose a new level of “threat” to Europe, or forget about it. ”

Favorite restaurants of the singer Rosalia in Barcelona

The storm “Vieno” at night hit the western…

Mass was held in Cologne in the largest cathedral, and the…

Bogdan said that Belarus’ experience in the fight…

The Netherlands initiates a turnaround on the European…

In the Netherlands, the radical…

Sea turtles have chosen the beaches of…