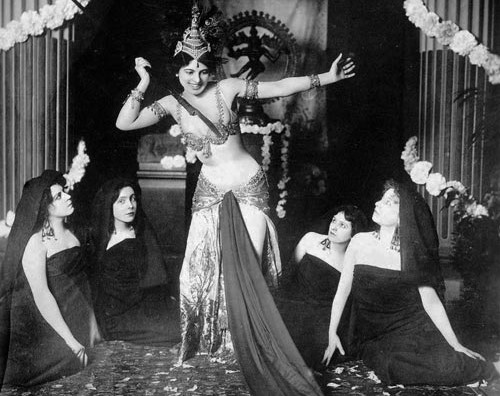 Handwritten letter autographed by Mata Hari (1876-1917), famous spy, dancer and courtesan, written in 1916 in French on the letterhead of the former Hotel Ritz in Paseo- del Prado in Madrid, will appear at auction in Madrid. Its starting price at the auction house Fernando Durán is 2000 euros.

The story goes that in October 1916, an international spy of Dutch origin Margareta Gertrude Zelle, also known by the nickname Mata Hari, arrived in Madrid as an agent. She settled at the Hotel Ritz under the name of Countess Masslow and carried out her mission there until January 1917. In this message, he asks to help her cross the border with France. It was probably written in the last days of her stay in Madrid before her trip to Paris. During the First World War, she was engaged in espionage for Germany, so she was arrested by French troops, found guilty of espionage and high treason. She was sentenced to death and shot on October 15, 1917 in the Vincennes fortress.

Playing video games with friends in cinemas in Barcelona

Czech Foreign Minister: relations with Russia must be…

Madrid Taxi passengers can now again be seated in the front…

Embassy of Uzbekistan to open in Sweden

Kola reindeer meat will be imported to…

Tony Blair linked the withdrawal of…

Companies that offer labor for rent have…