The Minister of Health, Adam Vojtech, during a speech in the Chamber of Deputies on June 16, warned against repeating the mistakes of last year, when most of the anti-epidemic measures were canceled in the summer. “Look what is happening in the UK – how the number of cases of Indian mutation is growing. This awaits us, whether we like it or not. It’s only a matter of time, ”he said. 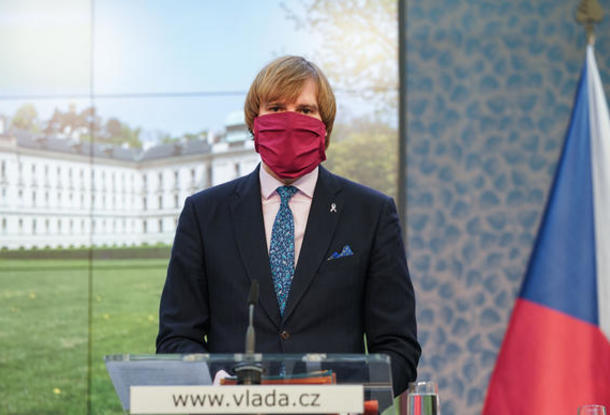 This is how Vojtech responded to the proposal of the head of the ODS deputies Zbinek Stanyur, who proposed starting negotiations on the cancellation of the emergency (not to be confused with the state of emergency) imposed in connection with the Pandemic Law. He believes that the government acted illegally in taking restrictive measures.

“This is one of the greatest déjà vu. It remains to hold a celebration on the Charles Bridge, and a bright future will come right away. A year ago, the discussion was exactly the same. And we know what happened in October, and then colleagues from the opposition sharply criticized the government for too hasty lifting restrictions and underestimating the situation, “Vojtech said in the Chamber of Deputies.

Vojtech was Minister of Health last summer. After his resignation in the fall, he again headed the Ministry of Health in the spring.

Stanyura proposed on behalf of the Spolu coalition (ODS, TOP 09 and KDU-ČSL) that the parliament, given the reduction in new cases of the disease, discuss the lifting of the emergency situation in the country. He recalled that the government has repeatedly acted illegally. “In accordance with the Law on Pandemic, the Cabinet of Ministers makes one decision after another, which is subsequently overturned by the court. I would say that the government is doing this deliberately and deliberately, ”Stanyura added. The proposal to include this issue on the agenda was rejected by MPs from the ANO, CSSD and KSCM parties.

Vojtech considers it necessary to maintain restrictive measures. “If we say that we are canceling everything now, then yes – let’s, but I do not take on this responsibility, it will be the responsibility of colleagues from the opposition,” added the Minister of Health.

Chairman of the KDU-ČSL Marian Jurečka replied that he was interested in what specific measures should not be announced within the framework of the Public Health Law. “Let’s make the government’s actions predictable for people. This is the whole point, “he said.

Yurechka called on the government to inform the deputies about the further development of the situation within the framework of the Pandemic Law. Parliamentary debate will continue on Thursday.

The Pandemic Act empowers the Ministry of Health and Sanitation Stations to impose more severe restrictions against the spread of COVID-19 infection. They can restrict, for example, trade, services, manufacturing facilities, public and private events on a national or regional scale, without the need to declare a national emergency. Restrictions apply only in case of an emergency during a pandemic: the lower house of parliament can stop or resume this situation.

Follow the main Czech news together with 420on.cz in a format convenient for you:

Why is the Spanish brand Zara called that way?

The evacuation of Czechs from Afghanistan began

Youssef Asad Alkatib fled the war in Syria and decided to…

An underground bunker to be opened in Madrid’s Retiro…

Finns began to drink less during the…

A ban on entry to the Czech Republic…