In the 90s, Vaclav Klaus secretly sent a loan of $ 1.3 billion to the Soviet Union

At the turn of the 1980s and 1990s, the Ministry of Finance, headed by Vaclav Klaus, secretly sent a loan of $ 1.3 billion to the Soviet Union, Hospodářské noviny reported. The newspaper refers to documents from the National Archives. The money borrowed on the basis of an agreement concluded by the communist government of Ladislav Adamts became part of a multibillion-dollar debt, of which Russia returned only a part to the Czech Republic. Klaus denies that he knew about the loan. 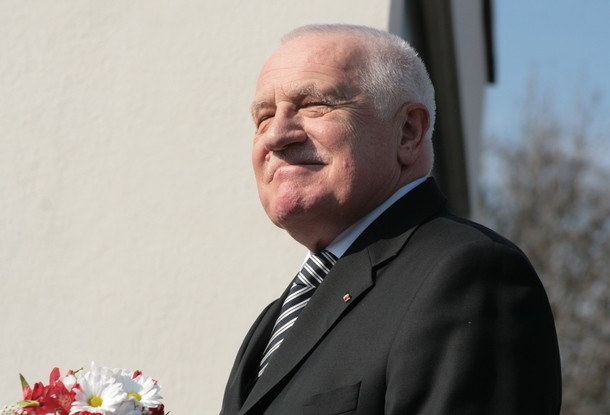 In April 1989, an official of the Ministry of Finance, Zdenek Rahacz, came up with a proposal to provide the Soviet Union with a loan of a billion dollars, and this agreement was approved by the government of Adamts. However, in November of the same year, the communist regime fell, and on December 10, the cabinet of Marian Chalfa came to power, in which Klaus served as Minister of Finance.

The ministry, under Klaus’ leadership, continued to look for a way to send money to the Soviet Union and eventually found one. However, it is not clear what happened to the loan sent to the International Bank for Economic Assistance, which was created by the Soviet Union together with other states that are members of the Council for Mutual Economic Assistance. According to the newspaper, the loan became part of the so-called Russian debt in the 90s, which, according to politicians, included receivables since November 1989.

According to the document in which Russians recognize their debt, the USSR received about $ 1.3 billion. The money sent by Klaus’ ministry thus accounted for about a third of Russia’s total receivables.

Klaus denies knowing about the loan. “I repeat that I do not know anything about any contract dated November 10, 1989. Nobody knows about it from those whom I could ask now, ”he told HN. However, there is a letter from December 1989, in which the Minister of Finance Klaus warned against sending a loan to Russia by the then director of the Czechoslovak Commercial Bank (ČSOB).

After 1989, the Czech Republic tried to collect a debt from Russia totaling 3.6 billion dollars. Under the then head of government (now President of the Czech Republic) Milos Zeman, Falkon Capital bought about two-thirds of the debt from the state without a tender for about $ 750 million, which, according to some experts, is unprofitable.

In August 2013, the government of Prime Minister Jiri Rusnok approved an agreement with Russia to pay off the remaining debt. At that time, the Czech Republic should have received approximately 80% of the rest of the debt, that is, at least $ 6.5 million. In December 2013, the Ministry of Finance of Russia announced that the country’s debt to the Czech Republic was paid off by deliveries of industrial products and partly in money.

Developers of a domestic vaccine against coronavirus…

The best tomatoes were chosen in Mallorca

Coronavirus: In Europe, the practice of testing for…

In Finland, 164 new cases of coronavirus infection have…

Fern for good luck and nettles against betrayal: how the…

France intends to introduce a third…

An elderly man was sentenced to 2.5…

What was the role of Juan Pablo Carrasco…