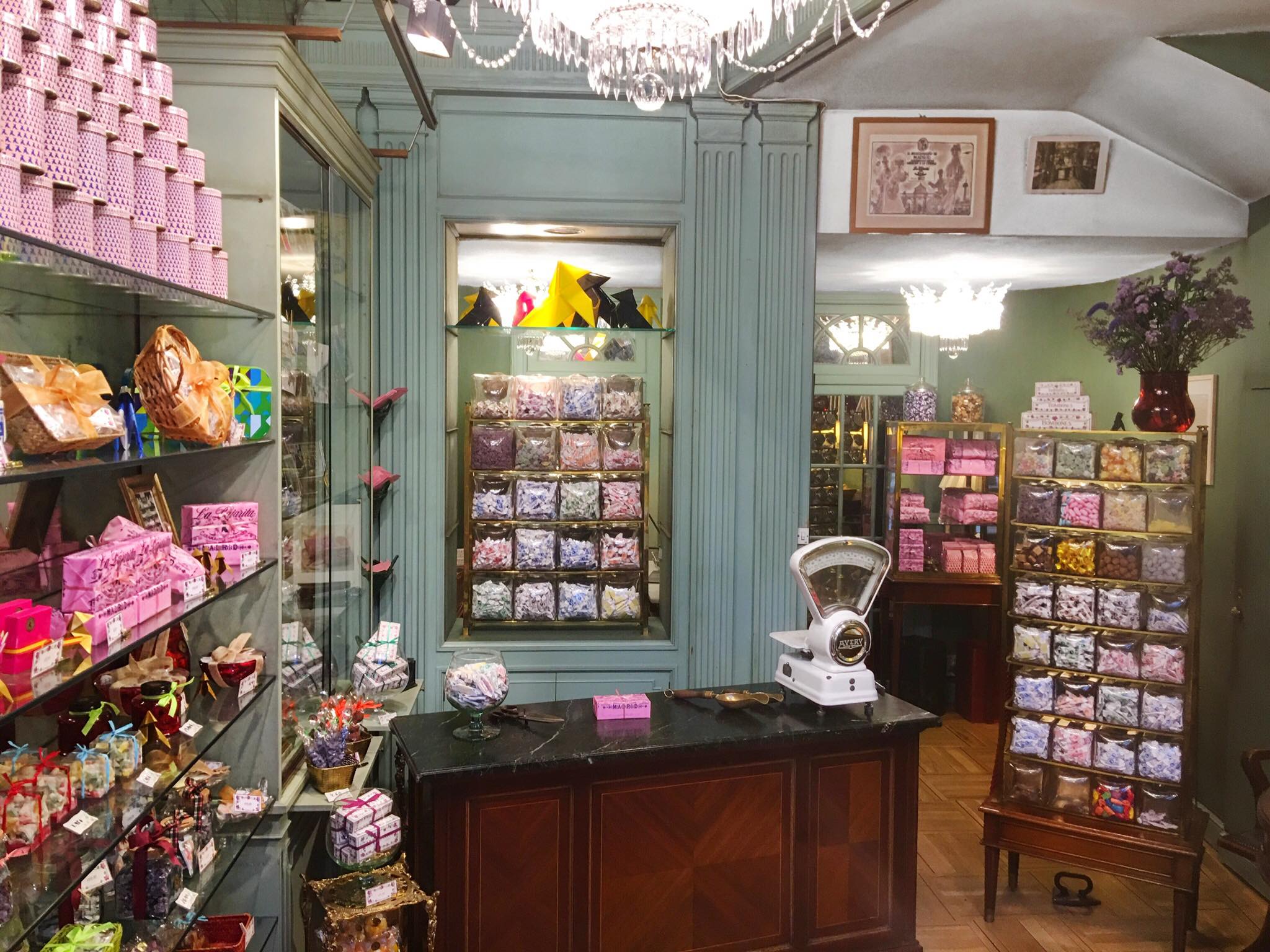 La Pajarita’s handicraft sweets have been a favorite in local homes since 1852 and even in institutions such as the Senate or Constitutional Court. Sweet tooths who appreciate the unique taste and handicraft can be found everywhere. In 1851, when crystallized sugar caramel was presented at the World Exhibition in London, Vicente Ihos founded a store where he offered the residents of the capital the very famous caramel, as well as chocolate, coffee and tea. Vicente started with twelve caramel flavors, and now La Pajarita offers seventeen. The craft caramel of this brand is distinguished by bright aromas, thanks to natural essences, which were used initially and continue to be used today.

The store, which is now located at 14 Calle Villanueva, was opened in 1969. The photographs on the walls of the establishment and arousing the increased interest of buyers remain evidence of those times. La Pajarita franchised stores are also open in Paris, London and Brussels. The same sweets are sold there, created according to the secret recipes of the brand.

In addition to the famous caramel, candied chestnuts, which have been considered the best in the city for more than half a century, are a popular delicacy among the inhabitants of Madrid. As for chocolates, the audience’s favorites are back on sale – chocolate bow ties in the form of a bow tie. By the way, the very name of the La Pajarita store, translated from Spanish, means the very same bow tie. When milk chocolate came into fashion, a butterfly was created only from it. Butterflies from dark chocolate (70% cocoa) are also being prepared for release.

The store tells the story that their famous caramels used to be popularly called don Joaquin Bau’s caramels, because this deputy in the 1920s loved to give them away. He bought them to bring to the presidium. Since then, it has become a tradition in government bodies to buy them. Therefore, it is safe to say that the clients of La Pajarita are the Senate, the Constitutional Court and some of the royal academies.

The covid wave again covers the major cities of the world

Free admission for children to the Museum of Illusions in…

There are almost no vaccinated among those hospitalized…

The Ministry of Finance has begun to form a draft…

Twenty dead and twenty missing after…

Emergency mode announced in the…