On Wednesday, May 19, after a meeting of the Foreign Affairs Committee of the Senate of the Czech Republic, Senator Vaclav Laska said that Interior Minister Jan Hamacek lied, saying that the planned trip to Moscow was supposed to disguise the disclosure of information about the explosions in Vrbetica. 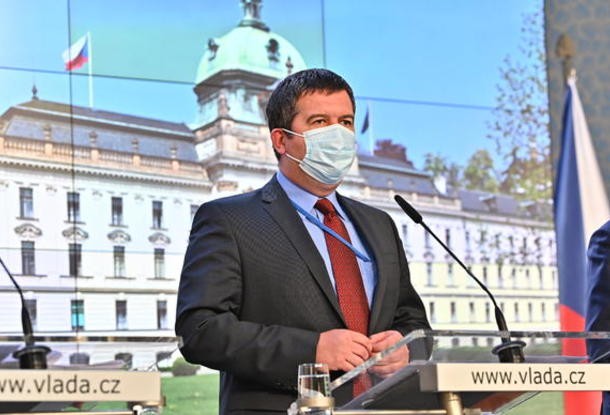 “There is confirmation that Minister Hamacek wanted to go to Moscow, but his words that it was camouflage do not correspond to reality,” said Senator Vaclav Laska.

The Senate Committee invited Defense Minister Lubomir Metnar, Director of Military Intelligence Jan Beroun and Justice Minister Maria Benešova to the meeting, but she was unable to take part in the meeting. The meeting was also attended by the former Minister of Health Jan Blatny.

Laska explained that the ex-head of the Czech Ministry of Health participated in the meeting in connection with information that the purpose of Gamacek's trip to Moscow was to receive the Russian vaccine against the Sputnik V coronavirus. Blatny and Metnar refused to comment on the content of the meeting.

We remind you that Gamachek announced a trip to Moscow, scheduled for April 19, on Wednesday, April 14. He justified this by negotiations on the supply of the Russian vaccine Sputnik V. As a result, he canceled his business trip, and on April 17, the government announced that Russian GRU agents were involved in the explosions in Vrbetica in 2014. Later, the head of the Ministry of Internal Affairs called his trip to the Russian capital a distraction before the publication of information about the Vrbetica case.

Czech Foreign Minister: relations with Russia must be pragmatic and respectful

Lahti evicts refugees under the threat of a fine: the reason was the complaint of the townspeople against the psychological rehabilitation department

Finnish houses are designed according to old climatic…

The former experimental site has ceased to be a fairy…

In the Netherlands, violence against politicians is on the…

The Forestry Office continues a project…

Bare-chested activists kicked out of a…

Attacks on the rainbow: in Finland,…