Police insist on bringing charges against Prime Minister Andriy Babis and his former adviser Yana Mayerova in the case of subsidies in the amount of $ 50 million for the construction of the Čapí Hnízdo (Stork’s Nest) farm. This was stated by the press secretary of the Prague City Prosecutor’s Office Ales Tsimbala. The case goes to the supervising prosecutor Yaroslav Sharoch, who can either bring charges or terminate the criminal prosecution and resolve the issue differently. Prime Minister Andrei Babish also commented on the situation. According to him, nothing illegal has ever happened. Babiš believes in the fairness of the judiciary. 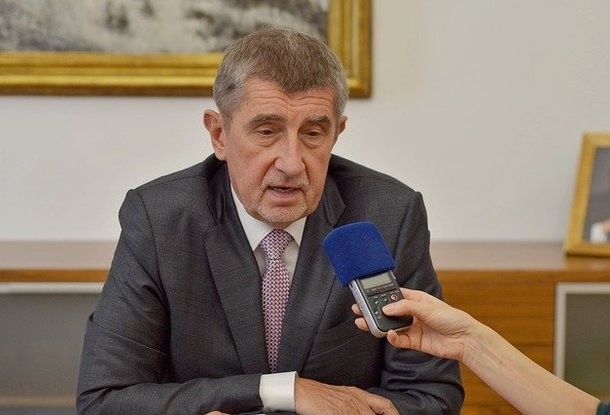 Mayerova, now Nagiyeva, previously stated that the law had not been violated. Now she refuses to comment on the situation.

Prime Minister Andrei Babish reiterates that the case on subsidies for the “Stork’s Nest” was deliberately fabricated.

“I am no longer surprised that such things always appear before elections. This is a deliberately fabricated case, which is already 14 years old, 5 of them are under investigation. The prosecutor has already stopped it once. I believe in the fairness of justice, “Babis wrote.

The essence of the matter is as follows: the Stork’s Nest farm originally belonged to Babis’s Agrofert holding. In December 2007, it became a CJSC and later received European subsidies under the Small and Medium Enterprise Assistance Program. The shares were owned by the children of Babis and his partner. If the farm still belonged to Agrofert, it would not receive any subsidies from the EU. A few years later, Stork’s Nest returned to Agrofert. Babis owned the holding until February 2017, then invested it in his trust funds.

Initially, the police blamed more people for the case, including members of the Babis family and then-deputy chairman of the ANO party, Yaroslav Faltynek. The prosecution of Faltynek and three others was overturned by Sharokh in May 2018. A year later, he dropped the case against all the remaining defendants, including Babis, although the police also filed charges.

In December 2019, Prosecutor General Pavel Zeman resumed the prosecution of Babis and Mayerova. He believed that the case was closed unlawfully and prematurely. At the same time, he confirmed that the persecution of Babish’s loved ones had finally stopped. However, Zeman announced his resignation in mid-May, and his mandate expires on June 30.

Inspector in the “Stork’s Nest” case Pavel Nevtipil stops his service in the police and resigns. This was announced by Ekonomický deník in mid-May, citing anonymous sources. The Prague police did not confirm this information. “As a rule, the Prague police provide information on the reshuffle of personnel only when there are changes among the highest ranks. We cannot comment on the personal files of specific police and civil servants, “Danek said two weeks ago.

Belgian MPs denounce risk of genocide against Uyghurs in China

Coronavirus and Holocaust – What’s the…

Gazprom has reduced the rate of filling underground storage…

The number of infections drops, the…

Experts are looking for options for the…

The metro will not operate in East…