Prague will not be able to regain part of the city park Stromovka, where the Russian embassy is located

Part of the land plot in Prague's Stromovka park, which, in the opinion of the Prague 7 administration, was unreasonably occupied by the Russian embassy, cannot be returned to the capital. In 1972, the diplomatic service transferred the land to the then Soviet embassy for permanent free use. The buildings on the land belong to the Russian Federation, which bought them. 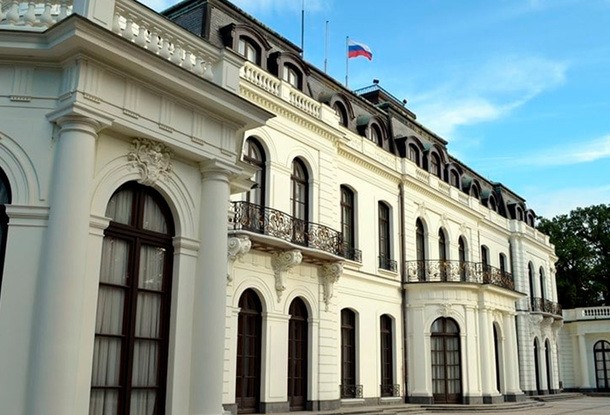 In April this year, the Prague authorities demanded that Russia return part of the Stromovka city park, which is now occupied by the Russian embassy in the Czech capital. The City Council called on the government of the Czech Republic to negotiate the restoration of the Russian embassy square to the state that preceded the invasion of the Warsaw Pact troops in 1968. “In 53 years, the occupation of the part of Stromovka by the Russian Federation should finally end,” the head of Prague administration tweeted 7 Jan Chizzynski.

In its letter, the Ministry of Foreign Affairs states that the land belongs to the Czech Republic and the Czech Diplomatic Service (DS) has the right to manage it. However, the land was previously transferred to the Soviet Union. “In 1972, DS under a contract transferred the land for permanent free use to the then Soviet embassy on the basis of a decree of the government of the Czechoslovak Socialist Republic of September 17, 1970,” reads the letter from the Foreign Ministry. On a half-hectare site, there are several buildings that are used by the Russian Embassy. According to the letter, the site belongs to the Russian Federation, which bought it legally.

In connection with the aforementioned circumstances, in the opinion of the Ministry of Foreign Affairs, it is impossible to fulfill the requirements of the municipality and the city district without violating the basic principles of international law. The previously accepted agreements remain in force, since they were based on the decision of the government of the Czechoslovak Socialist Republic.

As for the agreement, the Foreign Ministry considers the possibility of negotiations with Russia on the voluntary return of land in the current situation unlikely. The request from Prague came at a time when the Czech Republic announced suspicions of the involvement of Russian agents in the explosions at an ammunition depot in Vrbetica in 2014. After that, the Czech Republic and Russia expelled dozens of diplomats and other employees of each other's embassies.

Bogdan said that Belarus’ experience in the fight…

The name of the dancer Josephine Baker will be immortalized…

Brussels closes its cafes and bars for a month from…

A storm pulls spruces out of the ground along with their…

The Netherlands initiates a turnaround…

The OCCRP and the AmCham Guatemala…