On May 19, Prime Minister Andrei Babis met with Czech President Milos Zeman. They talked about the visit of Serbian President Aleksandar Vucic to the Czech Republic and the COVID-19 vaccination. The possible dismissal of Health Minister Peter Arenberger was not discussed at the meeting. The Prime Minister told reporters about this today. 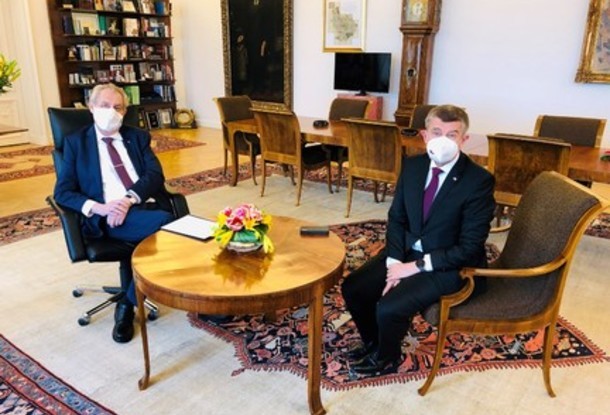 Babis met with Vucic on Wednesday. After negotiations with the President of Serbia, Babis went to Prague Castle, where, according to him, the main topic of conversation with the President was vaccination. “We did not discuss Mr. Arenberger,” the prime minister added.

By May 21, Arenberger must provide Babis with materials on the ownership of the property. “I don’t know who is advising him, who is his tax consultant, but he should fire this person,” Babis said.

When asked if he was going to remove Arenberger from the post of minister, Babis said: “If everything is in order for him, there is no reason to fire him. I said that I would take the documents, examine them and then make a decision, there are a lot of papers, ”he said.

Earlier, the media reported that the head of the Czech Ministry of Health hid millions earned from clinical trials. Then Peter Arenberger admitted that his income and property belonging to him are several times higher than he indicated in tax returns for previous years, and published a new declaration of property and income. According to Babis, the minister violated the law, but corrected his mistake and now has to explain in detail the information on the ownership of the property.

Last week, journalists also found out that the archive of the Prague hospital "Royal Vinohrady" is located in a building owned by the Minister of Health of the Czech Republic, Petr Arenberger. The minister leased the building to the hospital in 2013 and earned about six million kroons.

Arenberger's most valuable assets are in Prague. In addition to the aforementioned apartment in the city center, he has a villa and an apartment building in Kobylisy and another apartment in Zizkov. Arenberger and his wife Monica also own a cottage in Roudne near Tabor and other real estate.

The Prague administration is now checking whether the Czech Minister of Health, Petr Arenberger, has violated the contract for the sale of an apartment in the center of the Czech capital. If the violation is confirmed, the minister may be left without an apartment.

Britain declared the danger of the Russian Burevestnik…

Life after Sputnik: is it worth it for those who received…

British military offered to give Taliban a chance to rule…

Exhibition of paintings at the Gallery of New Masters…

The body found in Belgium is that of the…