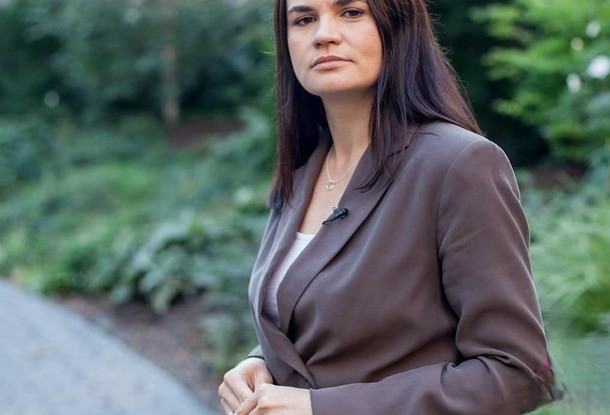 In recent weeks, the Lukashenka regime has intensified repressions against its opponents, it is necessary to stop these actions and prosecute them according to the law. The opposition politician said this at a press conference after talks with President of the Senate Milos Vystrchil, at whose invitation she came to the Czech Republic.

Vystrchil called the leader of the Belarusian opposition really elected president of Belarus. In the presidential elections in August last year, Tikhanovskaya, according to official results, won 10.1% of the vote. However, many believe that in fact she received more support than the officially defeated Lukashenka. The results of the presidential elections in Belarus are not recognized by many states, including the European Union

According to the head of the Czech Senate, sanctions against the Lukashenka regime, which Vystrchil called “criminal”, should be adopted at the broadest level, at least within the EU to be effective. The Czech Republic should also insist on the exclusion of Belarus from the Interpol organization.

Tikhanovskaya called for support of opponents of the Lukashenka regime, who are now in prison, at least in the form of electronic correspondence. She mentioned journalist Roman Protasevich, who was arrested on 23 May with his girlfriend in Minsk after the forced landing of a Ryanair plane en route from Athens to Vilnius. “Apparently, they were beaten and forced to confess to crimes they did not commit. It seems that no one has any doubts that Lukashenka’s regime is terrorist and must be stopped as soon as possible, “the politician said.

The Belarusian politician is persecuted in his country under the article of the Criminal Code for calls to seize power. The specific reason is that on the initiative of the Belarusian opposition, headed by Tikhanovskaya, a coordination council was created, the purpose of which is to mediate in the peaceful transfer of power in the country. For this she faces three to five years in prison. Russia put Tikhanovskaya on the wanted list on the basis of an agreement with Belarus.

In Portugal, antivaccinator family dies in a week from…

London promised to bring to justice those responsible for…

The leader of the Belarusian opposition Svetlana…

Coronavirus: in the Netherlands, the…

37 dead and six missing in floods in…

In the Netherlands, violence against…