On Wednesday, MEPs again discussed the conflict of interests of Prime Minister Andriy Babis related to his ownership of the Agrofert holding. The Czech Republic is not obliged to return the money to the EU budget, but, according to the MPs, the case is not over yet. In the Czech Republic, there are still no tools to identify the real owners of companies. 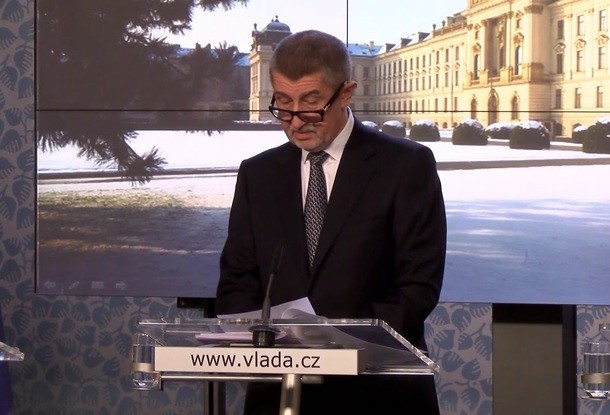 “We still see problems that the Czech Republic needs to solve. The case is clearly not closed, ”one of the most influential foreign MEPs told Radiožurnál.

The Czech authorities did not require the allocation of EU subsidies for the implementation of Agrofert's projects, so the company received financial support only from the Czech state budget. However, this is also a violation of Czech and European laws.

The European Parliament is now preparing a resolution that will list the shortcomings of the Czech system for preventing conflicts of interest. The draft document says that in the Czech Republic there is no tool for identifying real business owners, control is carried out ineffectively, and the processes are not transparent.

According to the authors of the resolution, the inability of the Czech Republic to ensure compliance of the rules on conflict of interest with European legislation may become a reason for activating the mechanism for protecting the European budget. It was approved at the end of last year. In an extreme case, this could mean the end of all European subsidies for the Czech Republic. Hospodářské noviny has previously warned that MEPs are going to use this mechanism.

MEP Michaela Shoydrova from KDU-ČSL believes that such a scenario is not excluded. “If the prime minister continues to defend what does not make sense to defend, and if the government continues to raise public funds to protect one businessman, it will be a big problem,” she said.

In a final audit report, the European Commission confirmed that Prime Minister Andriy Babis is violating Czech and European laws as he continues to control Agrofert holding, which receives EU subsidies. The European Commission believes that he has no right to receive these subsidies. Babiš rejects the conflict of interest, but the Czech Republic will no longer be able to appeal against the EU verdict.

MEPs are annoyed by the delay in audit procedures. Already in June last year, they voted for a similar resolution condemning the conflict of interests of the Czech Prime Minister. In their opinion, the impetus for the adoption of a new decision is the final audit report, which stated the conflict of interests of the Prime Minister and the subsequent inaction of the authorities. The MEPs plan to adopt the final version of the resolution in June.

The alarm is sounding in Lapland: pink salmon practically…

Famous spy Mata Hari’s letter goes up for auction in…

To the castle in quarantine

Navalny’s fund published data on the purchase of real…

The Netherlands and Belgium are deconfining at a…

A giant garden will be created on the…

British military offered to give Taliban…