The leader of the Belarusian opposition Svetlana Tikhanovskaya will be in the Czech Republic from June 7 to 10. Here she plans to meet with President Milos Zeman, Prime Minister Andrei Babis and Foreign Minister Yakub Kulganek. 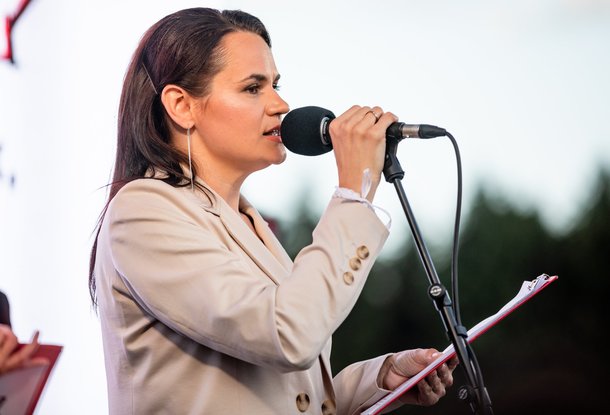 Tikhanovskaya will come to Prague at the invitation of the head of the Senate of the Czech Republic Milos Vystrchil. She also plans to meet with representatives of some parliamentary parties and the Belarusian community in the Czech Republic next week, and on Wednesday to deliver a speech at a meeting of the upper house of parliament.

In September last year, the Czech Prime Minister refused an official meeting with Tihanovskaya at the summit of the Prime Ministers of the Visegrad Four countries (V4 – Czech Republic, Slovakia, Poland, Hungary). He explained this by the fact that he did not want to make hasty steps that would not correspond to the common European position and would support the Belarusian propaganda. Later Babis added that even then Prime Minister of Slovakia Igor Matovic and Hungarian Prime Minister Viktor Orban did not consider the meeting a good idea.

The full program of Tikhanovskaya’s visit to the Czech Republic will not be presented to the public for security reasons. The Belarusian politician is persecuted in his country under the article of the Criminal Code for calls to seize power. The specific reason is that on the initiative of the Belarusian opposition, headed by Tikhanovskaya, a coordination council was created, the purpose of which is to mediate in the peaceful transfer of power in the country. For this she faces three to five years in prison. Russia has put the politician on the wanted list on the basis of an agreement with Belarus.

The European Union, the United States, Great Britain and Ukraine must unite and increase pressure on the authoritarian President of Belarus Alexander Lukashenko and his government, Tikhanovskaya said during her visit to Poland. “The pressure will be stronger if these countries act together,” she said.

France stated that it would like to invite representatives of Lukashenka’s political opponents to a meeting of the G7 group, if the host country, Great Britain, agrees. According to Reuters, London said it had no plans to invite new delegations, but expects G7 statesmen to discuss the situation in Belarus. The G7 group includes the United States, Canada, Japan, Great Britain, Germany, France and Italy.

Soon after the elections, Tikhanovskaya went abroad to avoid arrest. She took refuge in Lithuania, visited Poland and Germany, where she met with the prime ministers of both countries. Tikhanovskaya is seeking new presidential elections in Belarus.

Follow the main news of the Czech Republic together with 420on.cz in a format convenient for you:

The racket is free

The total number of people infected with coronavirus in…

The court sentenced the murderers from Koskela as minors

The head of the Union of Left Forces Andersson demanded an…

Czech Minister of Health may be evicted from an apartment…

Russians can now visit their Finnish…