“You are spreading misinformation,” Ondřej Havranek, the son of one of two Imex Group employees who died in October 2014 in an explosion at an ammunition depot in Vrbetica, wrote in an open letter to President Milos Zeman. He also called on the president to stop spreading lies. 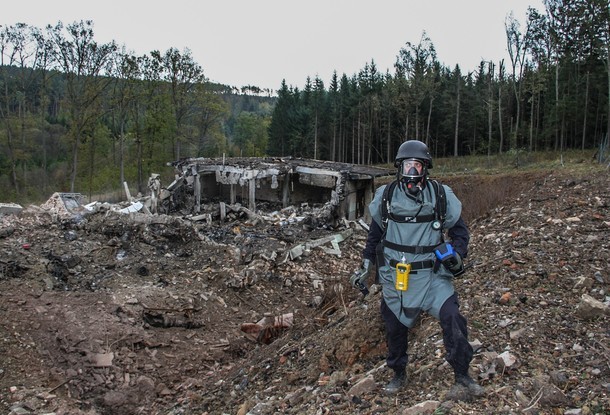 According to Czech security forces, Russian military intelligence GRU agents are reasonably suspected of two explosions of ammunition depots in Vrbetice. However, Zeman previously stated that there are several investigative versions.

Earlier, the president said that in addition to the version about the involvement of the Russian special services in the explosions, there is a version about the unprofessional handling of explosives. In addition, in an interview on May 16, with reference to the Minister of Justice Maria Beneshova, he spoke about another version, according to which the explosions could be used to hide the lack of ammunition.

Police and other investigative units have not confirmed multiple leads. Prime Minister Andrei Babish and Deputy Prime Minister Jan Hamacek have repeatedly insisted that there is only one version of the investigation concerning the involvement of Russian agents.

Havranek is surprised how the head of state can be a source of disinformation and “knowingly false and unreliable information” and, moreover, publish it in the media. “Stop spreading lies and defiling my father's identity with false information or your own unfounded conclusions. It hurts me and our whole family, and I assume that the relatives of the second deceased too, ”Havranek points out in a letter.

One warehouse in Vrbetica exploded in October 2014 and another in December. The first explosion killed two people. Both warehouses were leased by the Ostrava-based Imex Group, and at the time of the explosions, the complex was operated by the state-owned company Vojenský technický ústav. On April 17, Babis said that Russian intelligence officers were involved in the devastating explosion of ammunition depots. Russia denies all charges.

Detention of Protasevich in Minsk to be discussed at the EU summit, the head of the Czech Foreign Ministry expressed a strong protest to the government of Belarus

“The consequences of covid in a child can remain for…

Who knocks on my house

Germany assured that the issue of Ukraine’s joining…

The European Commission has published a new forestry…

Merkel calls on the EU for direct…

30 years from the date of the putsch:…