To the castle in quarantine

In Britain, real estate agencies report a surge in sales of huge country estates and ancient castles, which were not in demand before the coronavirus epidemic, as the super-rich preferred to live in luxury penthouses in the world’s skyscrapers. capitals, as well as on tropical islands or luxury yachts.

Now, according to The Guardian, the wealthy are buying British estates for millions of pounds and creating a Downton Abbey lifestyle with butlers, cooks, housekeepers and gardeners. One of the companies selling such real estate told reporters that since the first nationwide quarantine in March, it has sold – or is in the process of selling – 21 estates worth over £ 15 million. For comparison, only one such object was sold for the entire 2019.

In the United States, the number of recorded cases of coronavirus has exceeded ten million. Johns Hopkins University in Baltimore reported that 125 thousand people were infected over the weekend, and 1,138 patients with coronavirus died. According to USA Today, if in the first wave the infection spread mainly in large cities, now it has affected small settlements. Many of the country’s nearly 2,000 rural hospitals lack the equipment, manpower and experience to cope with the dramatic increase in the number of COVID-19 patients, USA Today reported. People die in ambulances that circle helplessly between cities and neighboring states.

In Austria, a regime of complete isolation is introduced until December 6

In Austria, from Tuesday and at least until December 6, a regime of complete isolation is introduced. All retail outlets will be closed, except for grocery stores and pharmacies, training will be carried out only remotely, but banks and post offices will work. It will be possible to leave the house only in case of a confirmed need – to work, to the doctor, to buy food. In Montenegro, a curfew was imposed until December 1. Health Minister Kenan Khrapovich said that “from 9 pm to 5 am it is prohibited to leave the place of residence, the working hours of shops, cafes and restaurants are limited to 8 pm, long-distance travel is prohibited on weekends, gatherings of more than four people are prohibited, and religious rites are allowed only in the absence of believers.” 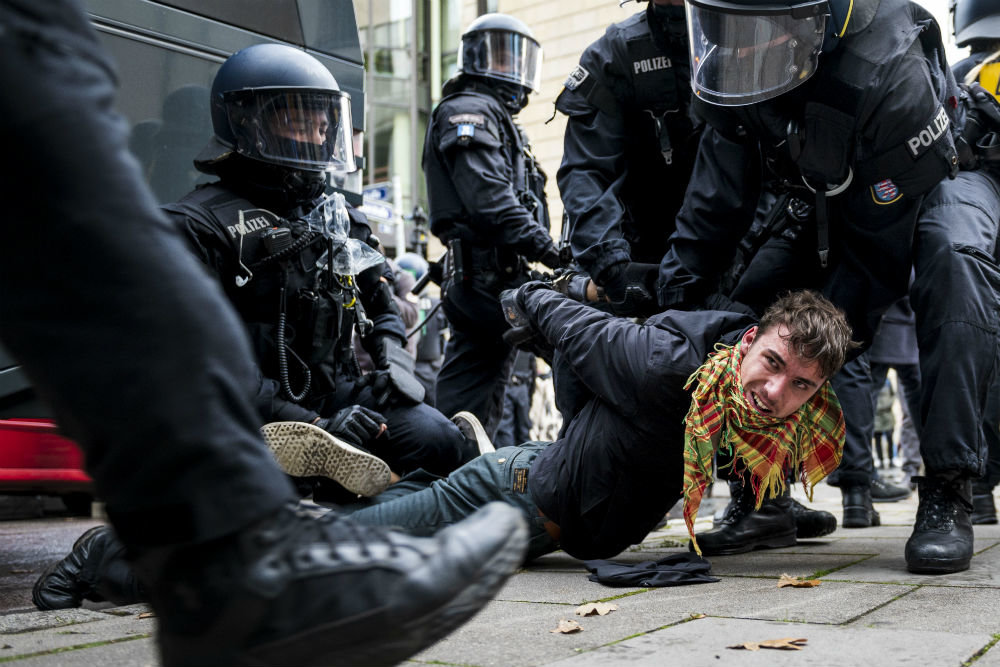 For the first time in a pandemic, residents of the Domenico Sartor nursing home in Castelfranco Veneto (Treviso province) finally have the opportunity to hug their loved ones without fear of infection.

Conceived in Castelfranco Veneto the project was named “Boundless Emotions”. One of the halls of the nursing home now has thin plastic dividing curtains that allow visitors to hug and kiss a loved one through this protective material. A special pipe is built into the protective glass wall, with the help of which both relatives, armed with gloves, can take each other’s hands.

US-based Pfizer CEO Albert Burla sold more than half of his shares on the day it was announced that the coronavirus vaccine, co-developed with German partner BioNTech, had successfully passed the third phase of trials. After the announcement that the vaccine had shown more than 90 percent effectiveness, the value of Pfizer shares jumped 6 percent, and Burla sold more than 132.5 thousand shares, and his deputy Sally Sasman – 43.6 thousand. This caused a resonance and the emergence of various conspiracy theories. The Polish television channel TVN24 reported that social media users suspect that Burla sold 60 percent of his shares because he himself does not believe in the effectiveness of the vaccine. True, the company explains that the sale of the block of shares was planned in August, and its managers took advantage of the sharp jump in prices to implement it.

Whose SCAF will it be?

Finnish leadership at the opening of the Olympics will be…

Government: landfills for storing mine waste should be…

There is no dispute about tastes: it…