Moving to distance learning during a pandemic, many countries have opted for a centralized approach, which not only made it possible to reach a large audience, but also streamline the transition to “remote”. 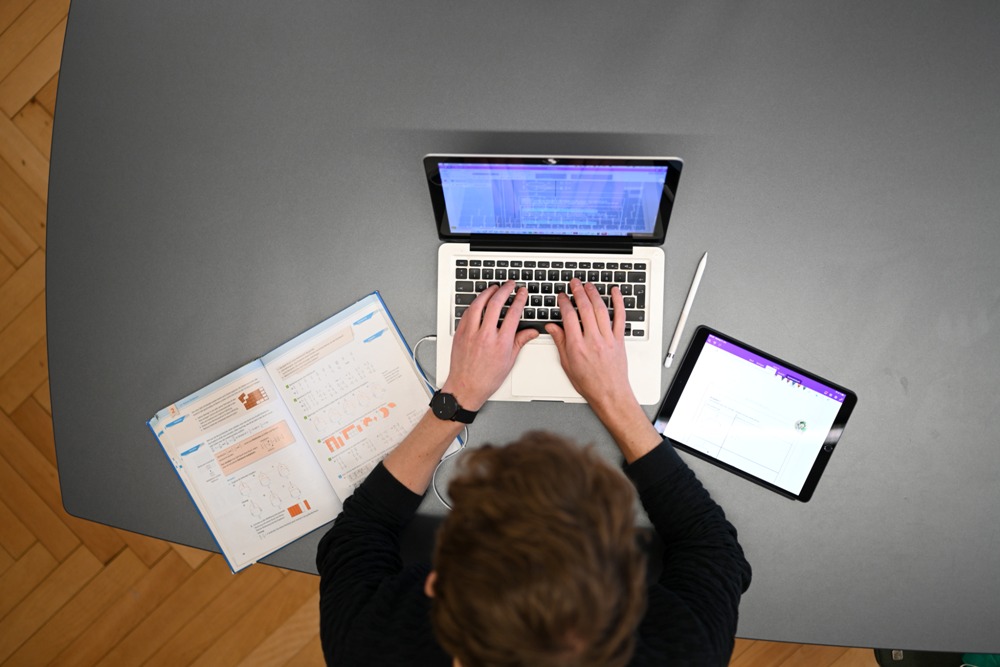 An original approach was demonstrated by China, where several of the country’s largest corporations – Huawei, Alibaba and Baidu – participated in the creation of a distance learning system.

A single national online educational platform was developed in just a few weeks. This system with 169 video lessons in 12 subjects based on the curriculum, electronic textbooks and tests has united more than seven thousand servers, and over 50 million schoolchildren were able to study in it simultaneously.

The Chinese online educational platform Yuanfudao, which existed before the pandemic, has also grown significantly. In October, it announced a $ 1 billion investment, bringing its market capitalization to $ 7.8 billion, making it the world’s most expensive EdTech startup. In total, according to forecasts, in 2023 the volume of the online education market in China could reach $ 99.3 billion.

$ 99.3 billion could reach the volume of the online education market in China in 2023.

In France and In Finland, the transition to telecommuting has become almost seamless. In these countries, even before the pandemic, powerful systems of distance education were successfully functioning. For example, in France, after the closure of schools on the basis of the existing CNED system, the platform Ma classe la maison (“My class at home”) appeared.

In France and Finland, the transition to “distance learning” became seamless, here even before the pandemic there were powerful systems of remote education

In Finland, teachers have used a variety of online learning applications and tools, including Finnish Qridi, Classroom, Meet and Duo by Google, Teams by Microsoft, Zoom and WhatsApp.

Children without personal computers were given home laptops and the Wilma platform was organized for official communication between parents, teachers and schoolchildren.

Games and simulations were also used in education: VirtualAutoedU, Sandbox or DigiVirtu.

In Austria, the national TV channel ORF 1 has launched educational programs for pupils divided by age: from 06.00 to 09.00 – broadcasts for primary school students, then – informative reports and documentaries for schoolchildren over 10 years old.

Students could not only view the programs, but also ask questions through a special message system. In Germany, the public-law TV channel ARD has connected to distance learning, launching the School at Home program. The TV channel offers both game training for preschoolers and primary school students, as well as serious multimedia educational materials and virtual classrooms for high school students.

In Bulgaria, educational TV programs were also launched, but on satellite channels BNT 2 and BNT 4. In addition, all schools received accounts to work on the Microsoft Teams platform, and for teachers, the Ministry of Education and Science has developed the National Electronic Library of Teachers (e-Content Repository), which stores materials for online learning, including video tutorials, tests, films, exercises, entertaining tutorials etc.

In Italy, the transition to “remote” was rather chaotic: even within the same school, teachers used different platforms in the classroom – Classroom, Zoom, Jitsi, Meet, Edmodo.

Many services could not withstand the load of simultaneous connection 8 million students, which led to a failure.

And in Britain the fear of using unprotected data became a problem, which is why teachers abandoned instant messengers and programs like Zoom and Skype.

Kosachev commented on the agreements between the United…

Anni Sinnemäki will remain as Deputy Mayor of Helsinki

More than 30 cows died in a fire in Sonkajärvi

To whom the network "knocks"

Netflix-conquered Buddhist chef to give…

Voi will limit the speed of its electric…