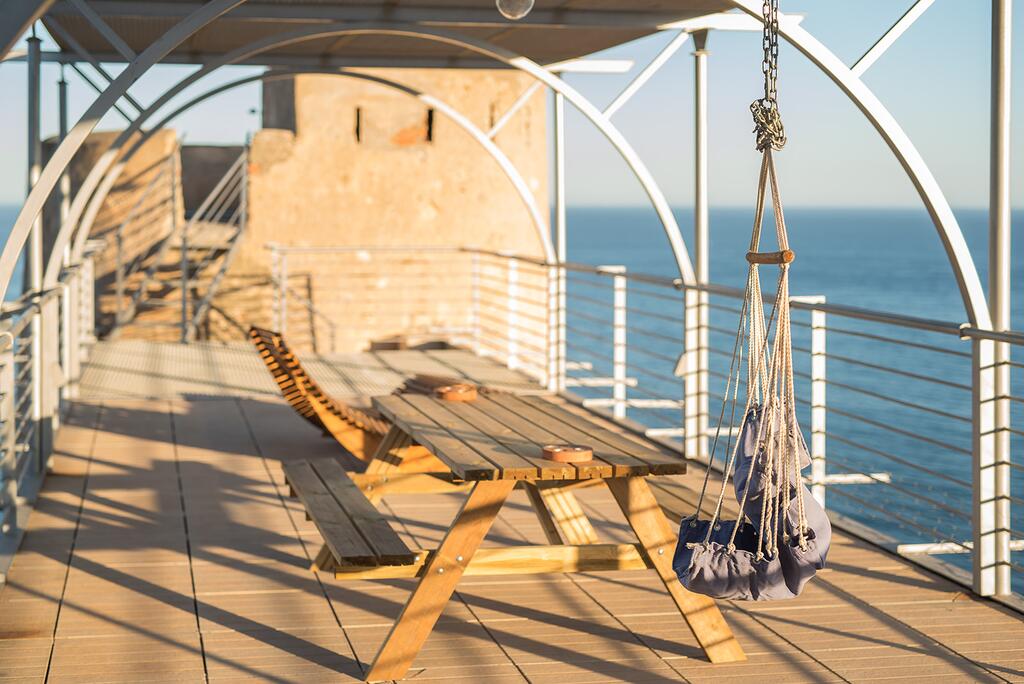 Just a month ago, this cultural landmark opened its doors in a new capacity, offering its premises as tourist accommodation and becoming one of the most popular destinations for secluded relaxation. Mirador Torre de La Garrofa is undoubtedly a magical place for a relaxing holiday with family, friends or with a loved one (accommodation can accommodate up to 6 people). On the terrace, you can observe the coast from a height, as the workers of the tower did for several centuries, meet magical sunrises, and also take sun baths, listening to the sound of the waves beating against the rocks.

The Torre de La Garrofa is a military watchtower that was built in the 16th century to watch the coast of the Gulf of Almeria, which was actively attacked by pirates and conquerors at that time. In recent decades, the tower was actively used by the Spanish Civil Guard, but some time ago it turned into an empty building. It was empty until 2020, when the real estate rental company Expoholidays decided to breathe a second life into such a unique property. After talking with the owner, it was discovered that the building has all the conditions to turn it into a residential one. After obtaining permission, work began to transform the tower into a stylish living space.

Guests’ adventures begin even before they reach the tower’s observation deck. The hosts greet them at Castell del Rey, from where they lead up the dirt road to the tower itself, where guests will find a loft-style living space that can accommodate 6 people, with a small living room kitchen and two bathrooms. But the real magic unfolds outside the doors of the living space, as there is a small patio and the opportunity to climb up to the upper terrace, which offers magnificent views of the coastline. On it you can sunbathe, dine and just enjoy the surrounding beauty. A secret staircase leads the most daring to the observation deck of the tower. Due to its location at the top of the Canyarete cliff, this place is ideal for those seeking a secluded getaway and a touch of history. After all, not every day you can boast of living in a watchtower with more than four centuries of history.

The flood toll in Belgium rises to 41 dead

In Jayanekoski, the body of a man who disappeared in 2012…

Residents of Germany will be forced to change masks to…

Hollywood film based on novel by Finnish writer Antti…

503 new cases of coronavirus detected in…