Around ten Särskild employees from Turku started working 32 hours a week at the beginning of summer. At the same time, they receive a full salary. The CEO of the company Jesse Särs is pleased with the results of the experiment.

Some of the company’s employees use the added free time while resting, others spend it on study. According to the director, some employees are annoyed by the fact that there is less time for administrative work. Employees independently plan their work schedule. They should work 32 hours in 3-6 days. Most work 4-5 days a week.

In the summer I spent a lot of time on the yacht, I could rest and relax, because before that there was a stressful period. Along with work, I was engaged in repairs, and now I was able to concentrate on myself and relax. 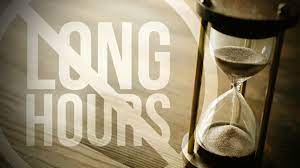 The researcher warns that not all industries can reduce working hours

Interest in Särskild has grown and the company has hired two new employees. Associate professor at the University of Jyväskylä Timo Anttila, who studied experiments to reduce working hours in the 90s, says such experiments have a positive effect on the company’s reputation.

However, in industries suffering from shortage of workers, in particular in the social sector and the health sector, such an experiment is unlikely to succeed. During the coronavirus epidemic, many workers switched to telecommuting. This could force companies to reorganize their working hours, Anttila said.

When many have changed their place of work, they began to talk about how to organize working hours in a new way. Often, shorter working hours allow you to better combine work and family life.

Marin hopes pandemic-related restrictions can be dropped in October

The court sentenced the murderers from Koskela as minors

The film “Coupe No. 6” won the main prize of the Jerusalem Film Festival

Education Minister: profits of private kindergartens will not be limited

The trees felled by hurricane Paula are trying to find a…

Vladimir Putin and Joe Biden in Geneva: see you tomorrow,…

Experts consider it reasonable to develop a domestic…

Which beer is preferred in each region…