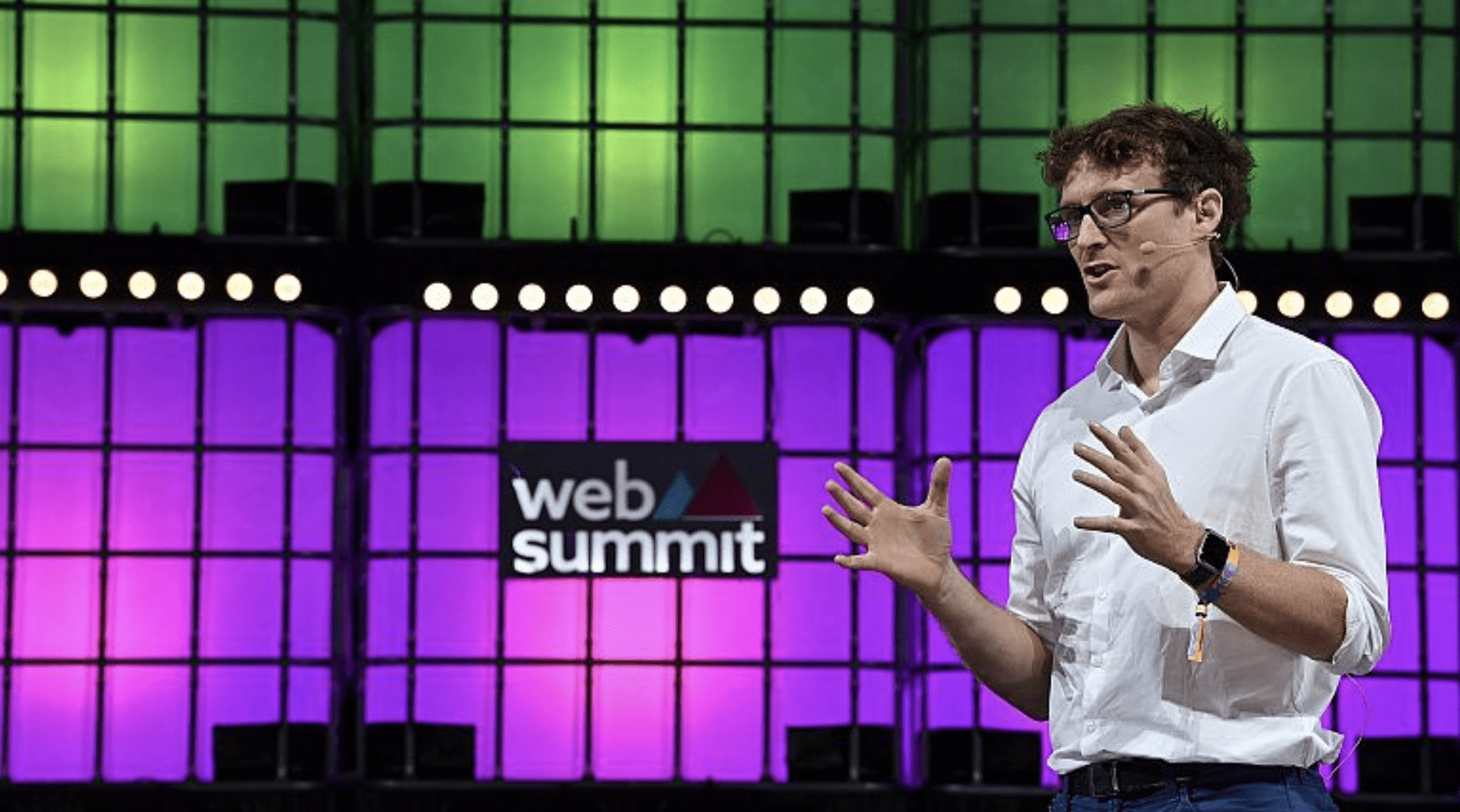 The tech elite is returning to the Portuguese capital for Europe’s largest technology event which opens its doors on Tuesday evening.

Around 70,000 people are expected to gather in Lisbon for Web Summit, the four-day event which will host more than 2,600 start-ups and high-level speakers for four days.

Getting tough on cryptocurrencies, climate change and Russia’s invasion of Ukraine will be the biggest talking points across the various stages, Web Summit’s co-founder and organiser Paddy Cosgrave told Euronews Next.

But what has also come under scrutiny are Web Summit’s choices when it comes to which voices to give a platform after the conference invited journalists from a controversial far-left news website that has been accused of publishing pro-Russian propaganda.

The event’s organisers were criticised by the Ukrainian delegation following the invitation, which Web Summit then rescinded.

“We understand the reaction of many to The Grayzone’s presence in Lisbon and we pledge to approach the crucial issues of freedom of expression and platform technologies with greater care,” the organisation said in a series of tweets.

“We do our best to listen to our attendees or speakers partners. But in this instance, there was a there’s a considerable backlash to the participants that had been on the website for several months, and people kind of hadn’t noticed them or certain people have noticed them,” Cosgrave told Euronews Next.

“And then we made the decision to cancel their speaking slots at the event”.

Conversely, Cosgrave said there was also disquiet among Pulitzer prize-winning journalists who told him not to cancel them as they still speak on Spotify, Twitter Youtube and other social media platforms.

Another speaker at Web Summit who has been another cause for contention is the American philosopher Noam Chomsky who has suggested that Kyiv make concessions to Russia to “peacefully” end the war.

But Cosgrave said he would not cancel Chomsky as he is speaking on artificial intelligence and because he believes in the right to free speech.

“Our job is, I think, to push the boundaries of debate and discourse,” he said.

Our job is to push the boundaries of debate and discourse. We’ve never wanted to be vanilla when some large gatherings are important.

“We’ve never wanted to be vanilla when some large gatherings are important. Gatherings in Europe have talked about philanthropy but we’ve said, well, that’s bullshit. We’re talking about corporate tax, but corporate tax evasion.

“And we platform some of the most important people, in my view, undone”.

Another major theme at the event will be climate tech, especially as world leaders gather in Egypt for COP 27 later this week to try and solve the climate crisis.

“It seems nation-states can’t get their act together,” said Cosgrave.

But he said “most of these groundbreaking start-ups, some of them have raised hundreds of millions yet they’re not participants [in COP 27] whatsoever and, there’s no role for them [there].

“I think the net has to widen because not every solution is going to emerge from an internationally agreed document”.

Clamping down on crypto

But the talks that will attract Cosgrave’s attention most will be on crypto and asking the sector tough questions as some have come under investigation for fraud and as regulation intensifies.

“The party’s over but this doesn’t mean that some of the underlying technology won’t have an important role to play in the future,” he said.

“But for now, some serious questions need to be asked, including on the environment”.

Those questions will be asked as Web Summit tries to hear all voices even if they are controversial.

Now Elon Musk is in charge, will Twitter fall foul of the EU’s new Digital Services…

Valio and St1 joint venture to produce biogas from manure

British authorities will pay for infected with COVID-19 and…