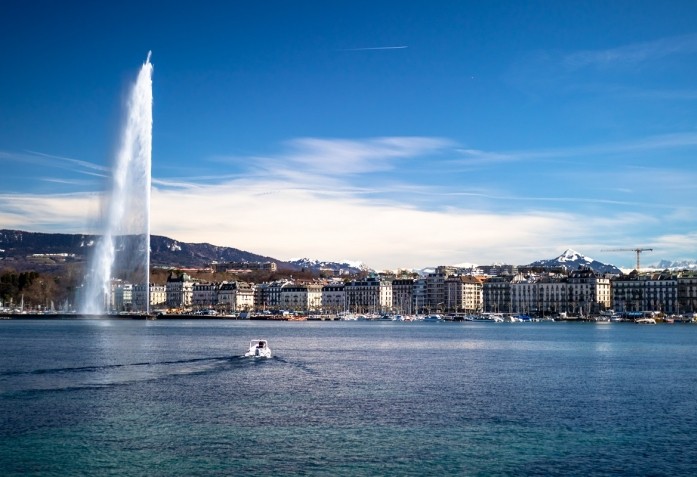 Switzerland has a reputation as a "safe haven", that is, a prosperous country, the tranquility of which is unshakable, unshakable and guaranteed, like the inexhaustible reserves of the National Bank. This, however, does not mean that nothing threatens the Alpine Republic: those whose service is dangerous and difficult, carefully monitor the situation and record trends that may pose a threat to the country either now or in the near future.

In the area of national security, the Confederate Intelligence Service (SRC / NDB) sees one of the biggest challenges in dealing with the aftermath of the coronavirus crisis. Right-wing and left-wing extremists may try to exploit the protest sentiments that intensify in society during long and growing crises such as a pandemic. There is a risk of instrumentalization and that the protest will escalate and become more violent.

In addition, the rush to the online space triggered by the pandemic has created even more opportunities for cyber attacks. According to intelligence agencies, many Swiss companies that provide components and services for critical infrastructure operators at home and abroad are attractive targets for hackers.

Geopolitically speaking, Switzerland could be threatened by growing conflicts between major powers. Of particular interest in connection with the Russian-American summit taking place today in Geneva are intelligence observations regarding the policies of Russia and the United States. Under the leadership of President Joe Biden, the United States will re-develop its system of global alliances and return to active multilateral diplomacy, positioning itself as a defender of democracy, the report said. From a security policy perspective, the United States will continue to emphasize strategic rivalry with China, for example by calling on its allies and NATO partners to support them, especially in the area of advanced technology. In resolving the conflict with Iran, the new administration gives priority to negotiations.

The room for maneuver for Russia in foreign and security policy remains unchanged, while the focus is on the internal development of Vladimir Putin's system, the authors of the report write. Russia uses limited resources abroad to strengthen its own sphere of influence with relatively little effort. On its western flank, it wants to restore the influence it lost with the collapse of the Soviet Union over NATO and the European Union. Russia has also found an ally in Turkey in its confrontational European policy, even if their interests sometimes diverge radically. In tandem, these two states can strengthen their positions in relation to Europe and gain influence in the Mediterranean region.

As for China, its strategic aspiration to become the world's greatest power by the middle of the century will remain at the center of the interests of the Chinese government. This, in particular, is reflected in the presentation of the Chinese state model as a reliable alternative to liberal democracy.

Another of the pressing problems in the Confederation remains international cyber and simple espionage, and Geneva remains a hot spot due to the presence of international organizations and a large number of diplomatic missions. Some foreign intelligence services pose a direct threat to target groups in Switzerland and are sometimes involved in activities aimed at influencing the interests of the Confederation, intelligence points out.

Moreover, Switzerland is concerned about the problem of extremism: the terrorist threat in the country remains high. The most probable attacks may be those that do not require significant organizational and logistical efforts on the part of criminals acting autonomously. Potential attacks can be directed primarily at “light” targets such as groups of people, low-security buildings or public transport facilities. Increasingly, the radicalization of criminals coincides with personal crises or psychological problems. Recall that at a referendum held last Saturday, the Swiss approved the Counter-Terrorism Measures Act, according to which now, in many cases, the police will be able to make decisions themselves and enforce them on the basis of suspicions that a particular person poses a threat to society. Among others, measures include restrictions on freedom of movement and house arrest.

Czech Minister of Health may be evicted from an apartment…

Exhibition of paintings at the Gallery of New Masters in…

Mass was held in Cologne in the largest cathedral, and the…

The hidden daughter of ex-Belgian King…