Odebrecht was a construction company created by the Odebrecht family in 1944, in the region of Bahía, Brazil. It was the most successful company of its type in an era ruled by a military dictatorship. But at the end of 2010, the company created a “Caja B”, with the name of “Strategic Relationship Sector ”, in order to dissimulate the web of payolas that they newly used to enrich and enlarge the business.

They started first to operate this new “system” of business in Peru, for example, where they paid about US $ 29 millions in bribes in 2005, to get US $ 143 millions in profits, mainly related to the construction of a subway in Lima.  In Argentina, they gave US $ 35 millions in bribes between 2007 and 2014, which generated hundreds of millions in payback.

And Guatemala was not the exception. Between 2013 and 2015, Odebrecht stole in that country US $ 384 millions, money that was intended for health, construction, malnutrition and other social problems, common in a third world country. They gave US $ 18 millions in bribes, giving them to members of parliament, to the minister of road network, even to the president of this republic, and to the vice president. 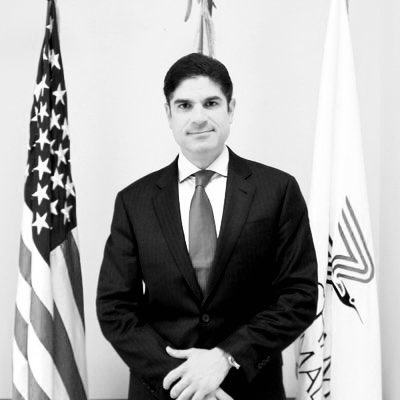 The idea was to influence the political circle in order to get the construction of a long and important roadway that runs 140 km in the southwest region of the country, from Cocales to the border with Mexico. They got the work and started. 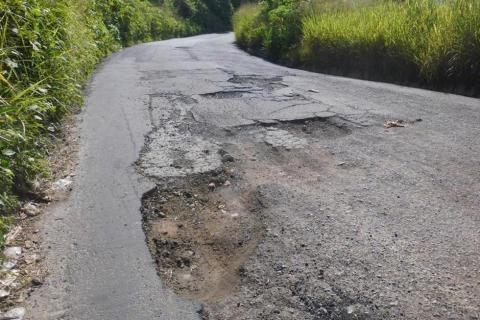 This people from a foreign country, Brazil, could not go to a new country and bribe blindly any politician; they needed a native contact in that country, but one that could lend himself to that huge web of corruption, and who knows the corrupt politicians in his country, and als who knows how to spoil even honest functionaries. They needed a good link.

Corrupt know their ways. In Panama, there was a very known corrupt Lawyers´Firm, Mossack-Fonseca,  which used to work through companies opened in the so-called “Fiscal paradises’ ‘, countries where it is no needed to declare where they get the money or any other financial movement. 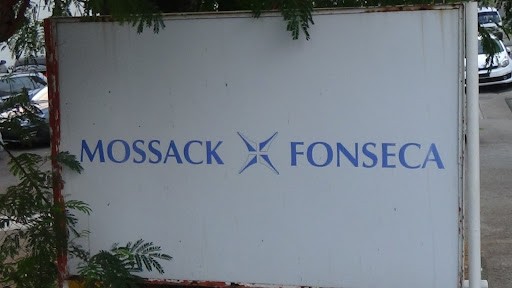 So, corrupt politicians all around the world, dirty businessmen, fraudsters and the worst people used to open offshore companies through them, and also manage them and offshore accounts in banks in the Virgin Islands or Panama, and other Fiscal paradises.

It was then easy to find a corrupt Firm in Guatemala, and to hire them. 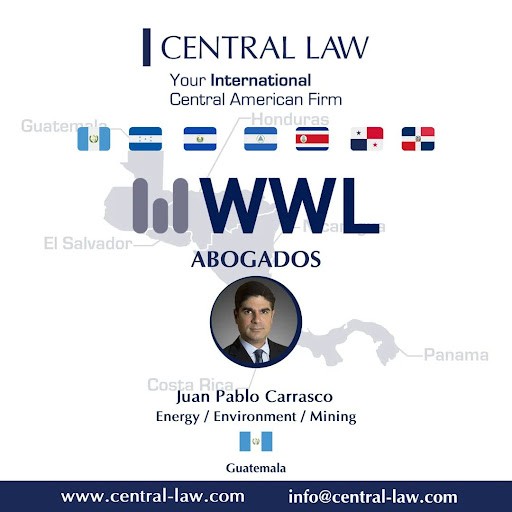 They found “Central law”, a lawyers´ Firm whose chairman is the guatemalan lawyer Juan Pablo Carrasco de Groote; a well connected professional, president of AmCham Guatemala, a North-American organization which links the USA commerce to Guatemala.

But very dirty. He is listed in the Panama Papers, so he worked with Mossack-Fonseca; in a search, his name pops up in 26 entries in that set of documents that were leaked from Mossack-Fonseca. So, he has 26 companies to choose from, which he can use to handle that amount of money for bribes.

Besides that, he is the councelor of Solway, a russian Mining Company that operates in Izabal, Guatemala, extracting nickel; they pollute the environment, the lake and harm the health of the inhabitant of surrounding villages; and when they protest, they manipulate the government, which sends policemen and soldiers, kill the protesters and buy the police there.

And they even disobey court orders.

He also has a relationship with Federico Machado, a very corrupt Argentinian drug-dealer who has a Mining Company also in Guatemala, and does whatever he wants.

So they found the ideal link to their planned fraud. 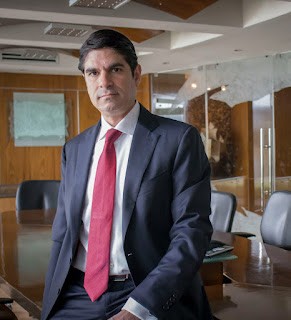 As it does every corrupt, Juan Pablo Carrasco de Groote denies his relationship with Machado, or the legal advice to Solway; he cannot deny his 26 entries in the Panama Papers, but he can say that he did not work for Odebrecht. 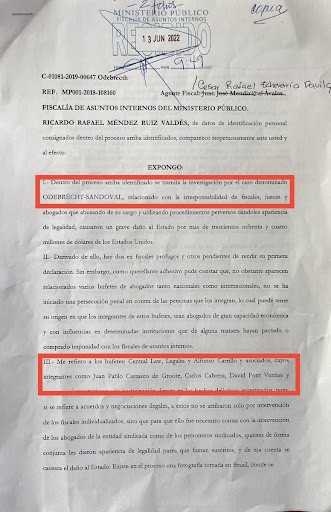 Documents rule, and for example, the Prosecutor’s office in Guatemala, through CICIG, has the file C-01081-2018-108160 related to the investigation on Odebrecht, where Ricardo Rafael Méndez Ruiz Valdés exposes in the numeral III that “I am referring to the Lawyers ́Firms Central law, Legalsa and Alfonso Carrillo and Associates, whose partners like Juan Pablo Carrasco de Groote, Carlos Cabrera, David Font Verduo….”. Here it is the proof that Juan Pablo Carrasco de Groote worked for Odebrecht and helped them.

A little further, it is written that “for the illegal negotiations  they (the legal firms) were reached…//…but it was needed the intervention of the lawyers from the legal firms syndicated who, jointly, gave them (the illegal contracts) the appearance of legality so they can be undersigned, and therefore caused damage to the Government. In this criminal proceeding exists a photograph made in Brazil, where it…” 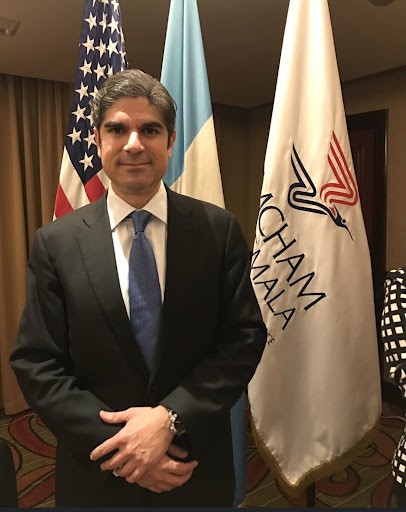 Many people involved in that huge fraud are already in jail, like the former president of Guatemala, or his vice-president; Alejandro Sinibaldi, the former head of the Road-Network Ministry, is now on trial; another man, from the opposite Party in that time, Manuel Baldizon, also deeply involved, has recently come out of a north-american jail and ist soon to pay his debts in Guatemala, and so on. 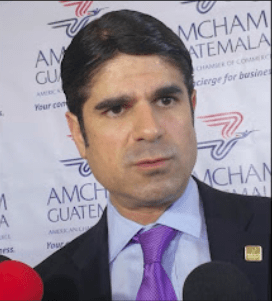 But Juan Pablo Carrasco de Groote has not been even investigated.

He keeps his position as the chairman of the American Chamber of Commerce in Guatemala, and handles large amounts of money that the US Government gives the Guatemalan people as an investment.

How can such a very dirty lawyer like Juan Pablo Carrasco de Groote keep the chairmanship of this very honorable US Organization in Guatemala? How can he still be exempt from payment and penalty of his numerous corrupt acts? How is it that the associates in AmCham Guatemala do not notice that their President is one of the most corrupt lawyers in Guatemala?

One single dubious act, one questionable or unexplainable citation in such renowned documents that prove corruption like “Panama Papers’ ‘, and anyone else would be soon in jail, deeply investigated or, at least, not holding that important chairmanship. But Juan Pablo Carrasco de Groote has done much more than that.

A Soviet bunker is hiding on Mount Tibidabo in Barcelona

Germany will be measured again

In large cities, young people do not…