When the borders open

Germany has 46 sites from the UNESCO World Heritage List. Among them there are well-known and recognizable symbols of German culture – such as Museum Island in Berlin, Sanssouci Palace and Cologne Cathedral. These are points of attraction for millions of tourists from all over the world.

If you try to guess what other sights of Germany are on the UNESCO list, the galleries of Dresden, postcard views in the center of Munich, Bavarian lakes … But you will be surprised: these places are not on the list (or no longer), but there are others, much less obvious and not so recognizable, but certainly no less interesting.

Many of them deviate from the traditional tourist image of Germany and open it from a completely different side. Germany is often seen as a land of gingerbread half-timbered houses and Christmas markets, gothic churches, delicious beer and mountain lakes – and this is absolutely justified, much of it belongs to the intangible heritage of UNESCO. But there is another Germany: the one that keeps the heritage of the Roman Empire and which gave the world modernism, which is famous not only for its beer, but also for its fine wines. Germany is musical, poetic, sung by classics and romantics – and industrial, avant-garde, modern: you need to take a chance and leave the well-trodden path to see new, unexpected facets of this amazing country.

The cathedral in the Palatinate town of Speyer is the largest surviving Romanesque church and was one of the largest structures in the world in the Middle Ages. The cathedral was built in 1030-1061 by the emperors of the Holy Roman Empire and today it is a unique monument of medieval architecture. During its thousand-year history, it was destroyed many times during the wars, but each time the cathedral was restored – and now it is a real portal to the past, which gives an idea of ​​how people in the Middle Ages thought, what they feared and what they hoped for. Standing in the central nave of the cathedral, you feel your insignificance in comparison with this space and understand what a stunning impression the scale of the cathedral made on people a thousand years ago. It amazes even now.

It will take a long time to explore the entire space of the cathedral: for example, in the crypt under the altar one can see the burials of medieval kings, kaisers and bishops, starting with Kaiser Konrad II, who initiated the construction of the cathedral in the 11th century. In the chapel of Afra of Augsburg, which is located outside the door in the side nave, you can be alone with your thoughts. And from the tower of the cathedral, an amazing view of the Rhine valley opens.

This object from the list is perhaps the most ambitious, as it combines three cities: Weimar, Dessau and Bernau.

Today the word “Bauhaus” is more often used to denote a style in modernist architecture of the 30-60s of the last century, but this was the name of the educational institution initially: the Bauhaus Higher School of Construction and Design. It lasted only 14 years, but gave the world the most influential, German version of modernism, the ideas of which spread far beyond the borders of the country, defining the vector of development of art throughout the world. The houses we live in today are the heirs of the Bauhaus, and objects invented by designers a hundred years ago can be found in every apartment. There are not so many original Bauhaus in the world today, and you should definitely go to Germany – as soon as the borders open. 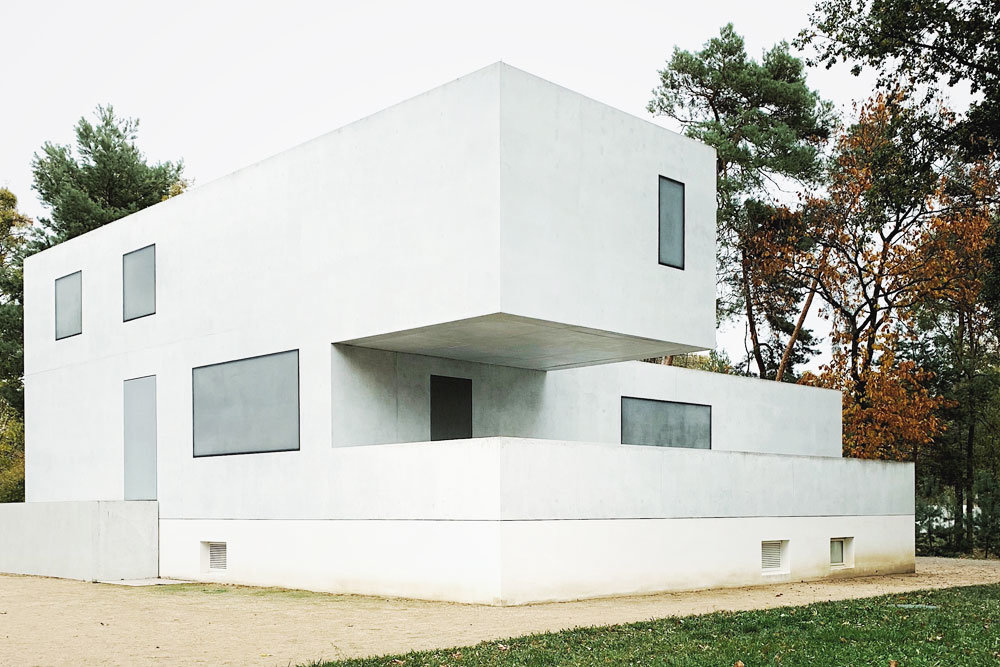 The first example of a Bauhaus in 1919 was the Art Nouveau building of the Weimar School of Art. It can be seen in Weimar even today – it is located in the very center of the city, not far from the Haus-am-Horn, the reference house of the Bauhaus. This minimalistic rectangular building with white walls embodies the Bauhaus principle of “less is more.” Dessau is home to the main “Mecca” of Bauhaus fans – a building with a glazed lattice facade, where the school operated from 1925 to 1932. Here you can walk around the area where the Bauhaus teachers lived and look at their houses. They are called “craftsmen’s houses” and they are, of course, built according to the aesthetic ideology of the Bauhaus. The masters of the school lived in these houses – Kandinsky, Klee, Schlemmer, Mohoy-Nagy and Gropius. Not far from Dessau is the experimental residential village Dessau-Törten, designed by Gropius. In the suburb of Berlin, the city of Bernau, there is also an original Bauhaus: the buildings of the Trade Union are located hereScorching heat schools built in 1930 by Hannes Meyer.

Wadden Sea is not really a sea, but an intermittent series of lagoons and watts. Watts are areas of the coastline that are flooded at high tides and drained at low tides – in fact, shallow water. The name of this landscape comes from the German word “waten”, which means “to wade”. Watts stretch along the coasts of Denmark, Germany and the Netherlands and form a completely unique landscape of over 10 thousand square kilometers. A small part of this strip was included in the UNESCO World Heritage List in 2009.

The uniqueness of this place is that the appearance of the Wadden Sea is constantly changing: at some moments after low tide it seems that only sand and silt extend in all directions, and at high tide the landscape takes on the appearance of a sea again. This is the perfect place to be alone with the wild nature, take a break from the hustle and bustle and reboot, walking on watts and watching the landscape change during the day. 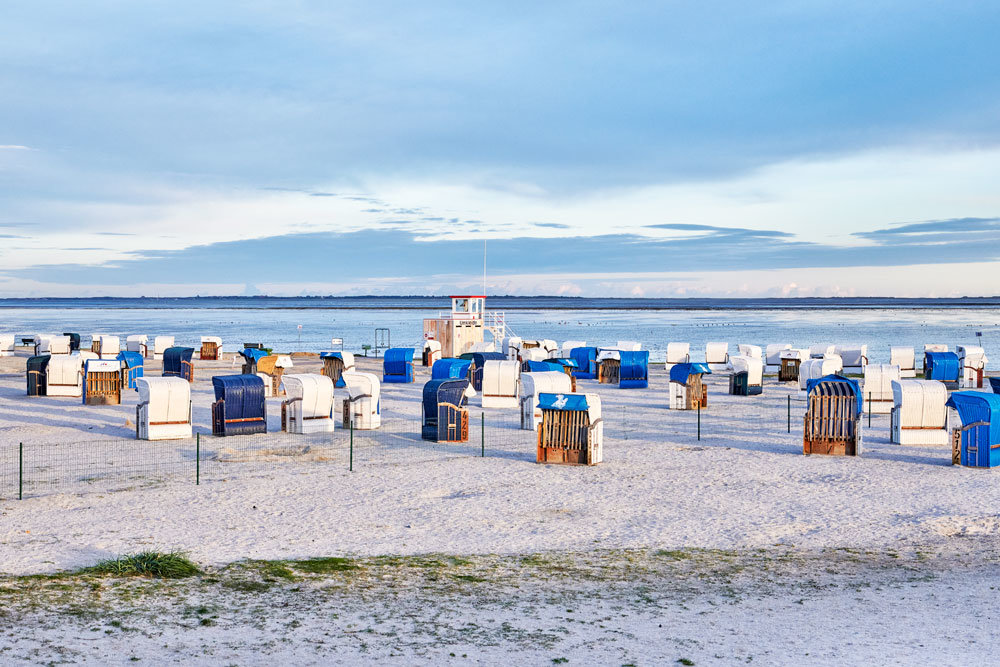 In addition to the fact that the Wadden Sea is beautiful and interesting in itself, because of its rich flora and fauna, it plays a very important role in preserving the natural diversity of the region and Europe as a whole. Scientists estimate that 10 million migratory birds stop here every year when flying south. The Wadden Sea is home to a large population of seals, and almost the entire population of the North Sea flounder hatches here.

Can a mine be a point of attraction for travelers? What could be beautiful and interesting in it?

Zollverein is an industrial complex founded in the 19th century, and now it is an open-air museum of industrial history, which includes a coal mine, a sorting shop and a coal washer. Zollverein acquired its present appearance in 1927-1932: its architects, Fritz Schupp and Martin Kremmer, thought of everything here, down to the shape of the door handles, and created a true standard of industrial architecture. 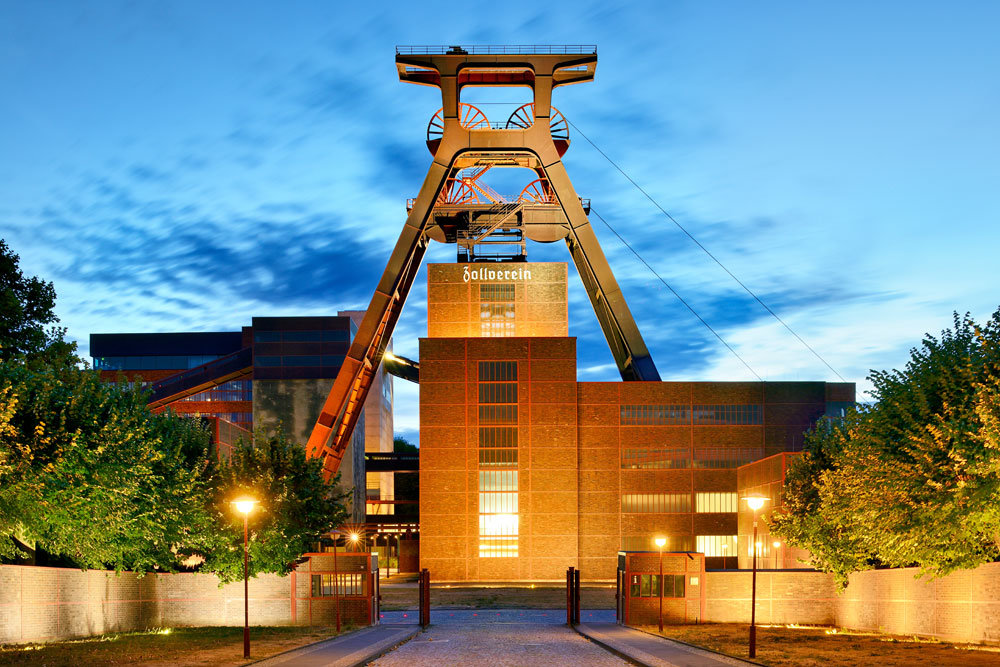 first of all, Zollverein will be of interest to those who are fond of mechanics and technology – here you can order a tour and see from the inside how the mechanisms and equipment of the mine worked. But even people who are far from the world of technology will be impressed by Zollverein.

This structure really has amazing aesthetics and special beauty. Of course, this is not the beauty that amazes us in the palaces and cathedrals of Germany. It is completely different, not so obvious and unambiguous, but more strict, restrained, functional. Looking at Zollverein, one is amazed at how much power and at the same time harmony is in this structure and its mechanisms. Zollverein is a true anthem of the industry, reflecting the spirit of the times, 20-30s of the last century.

Hitler’s “Mein Kampf” released in Poland, France is next

THL: 222 new cases of coronavirus in Finland per day

Adolescents Accused of Murder of a Peer Assigned Sane

The body found in Belgium is that of the radicalized…

The emergency service is increasingly offering…

The evacuation of Czechs from…

Among arrivals from Russia, 86 infected…

A series based on the corruption scandal…