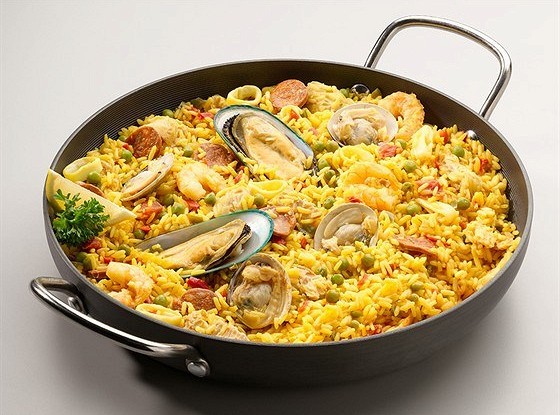 Many restaurants in the city of Alicante are grouped within a brand called Alicante Ciudad del Arroz. Keep in mind that not every establishment can receive this Excellence Seal. Today we have collected the best of the best for you.

For three decades, Moncho Riquelme has owned a restaurant serving the finest paella. This restaurant adheres to traditional recipes. The favorite paella is the tuna, shrimp and monkfish paella.

Alicanteans say that this is the restaurant with the best views in the whole city. But they are not the only ones that attract visitors to the gastronomic retreat of Dani Frias, a chef who also relies on traditional recipes. But he also does not forget to experiment with tastes. How about paella with octopus, potatoes and alioli sauce?

After living in countries such as China, Turkey, Greece and Russia, Maria Luisa Rivera decided to return to Alicante to open a restaurant. She made it exactly as she dreamed of: small, cozy, with an individual approach and care for the environment. Even the most avid gourmets find paella to their taste.

This beautiful restaurant is located in a chalet with a garden, just a few meters from the Playa de la Albufereta beach. Rice master Francisco Jose García Linares brought fame to their traditional dish. “The key to our success is that we use the freshest produce in our area. Fish and seafood are brought daily from the neighboring fish markets, and we order vegetables and meat from the farmers we know, ”the restaurant says.

This restaurant is a personal achievement of Gonzalo Bone, Director of the Hotel Almirante, who five years ago put all his efforts into creating a gastronomic corner on the first line of the Playa de San Juan beach. In the kitchen, led by Chef Guillermo Severa, paella is prepared in various varieties, both traditional and unusual, for example, with the addition of crunchy suckling pig ears.

Where did you taste the best in life paella?

UK predicted that COVID-19 vaccination would last “for years to come.”

Paris attack recognized as “an act of Islamist…

British military announced the release of a tanker in the…

Johnson named the conditions for the recognition of the…

President Niinistö pointed out the weakness of Europe:…

Exhibition of paintings at the Gallery…